By: David H. Pragoff School and Group Programs Team Leader Delaware Nature Society Located south of Newark near the corner of Old Baltimore Pike and Route 72, Cooch-Dayett Mills is one of the last remaining water-powered mills in Delaware and a reminder of a bygone era. Mills were a vital part of colonial society.  They served […] 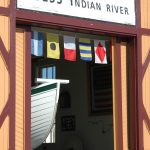 By: Katie Goerger, Historical Interpreter Indian River Life-Saving Station Delaware Seashore State Park The Indian River Life-Saving Station is one of Delmarva’s relatively unknown gems. Situated along the coastline of southern Delaware between the Rehoboth Bay and the Atlantic Ocean, many recognize it as the hub for programs and events at Delaware Seashore State Park. […]

On Monday, Aug. 26, 2013 at 6:30 p.m., the Underground Railroad Coalition of Delaware will present “Free Black Communities of the 19th Century,” a dual lecture conducted by cultural-heritage consultant Janet L. Sheridan who will discuss Marshalltown which was established circa 1830 in Salem County, N.J., and Dr. Rebecca Sheppard, associate director of the Center […]

By: Jesse Zanavich, Architectural Historian Delaware State Historic Preservation Office With the cold weather here and utility bills on the rise, many historic homeowners may be wondering what they can do to cost-effectively weatherize their homes. But before spending big money to replace your older windows (see Figure 1), first consider a home energy audit. […]

By Chuck Fithian, HCA Curator of Archaeology While the fighting was occurring in America, peace negotiations had been taking place in Russia, and later in Belgium. One of Delaware’s senators, James A. Bayard, would be one of the American commissioners who helped negotiate the Treaty of Ghent, which was signed on December 24, 1814 ending […]

By Chuck Fithian, HCA Curator of Archaeology The year 1814 saw the inauguration of a new governor— Daniel Rodney of Lewes. Like his predecessor, he continued to oversee and maintain the active defense of the state. Defensive measures continued with Delawareans manning the various fortifications and ongoing militia service. During the year, Delaware ceded Pea […]

By Chuck Fithian, HCA Curator of Archaeology The initial actions and campaigns of the war took place along the Canadian border and on the high seas. However, that would change in late 1812. In December, the British government would declare the Delaware and Chesapeake Bays to be in a state of blockade, and by the […]

Delaware and the War of 1812: An Introduction

By Chuck Fithian, HCA Curator of Archaeology 200 years have passed since the War of 1812, but few realize the dynamic role that the First State and its citizens played within the conflict. This article is the first of four excerpts to be blogged from Mr. Fithian’s essay entitled, “For the Common Defense,” “Infernals,” and […]