In sharing this history about Delaware, we first want to acknowledge the Lenape and Nanticoke nations as the traditional stewards of the land and waters of Delaware.

They are the original people of this land and continue their relationship with the land today. We pay respect to them and know we would not be able to discuss the history of Delaware's segregated beaches without acknowledging the presence of the Lenape and Nanticoke people within this history.

This exhibit brings to the forefront the history and stories of the Black American experience at Delaware’s segregated beaches during the Jim Crow era.

Delaware At the Turn of the 20th Century

Delaware, positioned on the Mason-Dixon line in the United States, is unique in that both southern and northern modes of race relations have coexisted within the state. 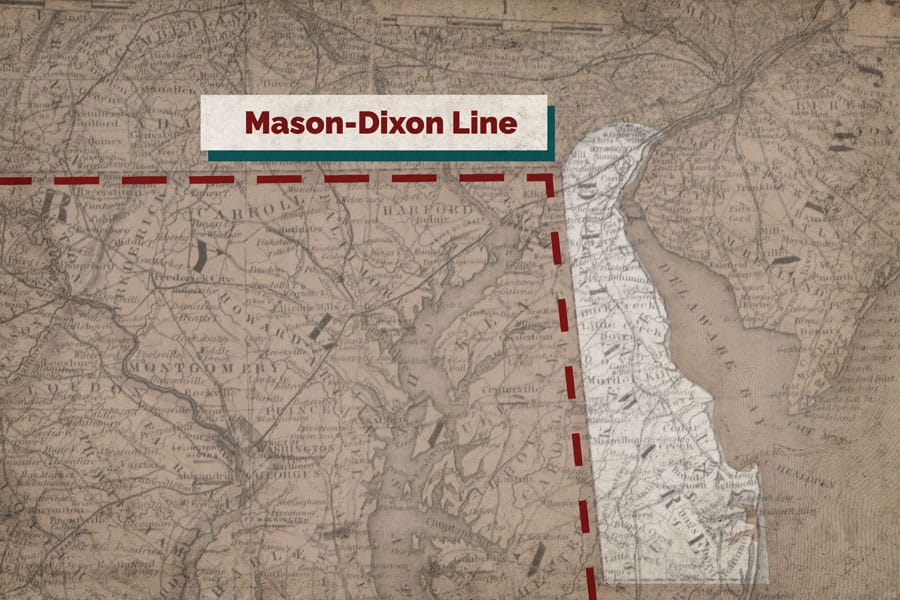 Detail of a map of the Southern states by J.H. Colon (1800-93) was created in 1861 and shows a complete view of the Mason-Dixon Line—the long horizontal line and the vertical line that drops from its right end—as well as Maryland’s jagged western border. (Philadelphia Encyclopedia citing Library of Congress).

Delaware’s governmental officials insisted upon the right to govern relations between white people and people of color, and to maintain segregation between the races sanctioned by state laws. Therefore, Delaware systematically disenfranchised Black, Indigenous, and other residents of color of the state by the early twentieth century through state sanctioned laws of segregation extended to all facets of life, including leisure activities within the state.

Image: August 15, 1900 announcement in the Smyrna Times about the “Colored Day” at Woodland Beach.

Beach-going was no exception to the state-sanctioned segregation laws of the twentieth century. Many of the beaches discussed in this digital exhibit were either designated locations for Black beach-goers to visit anytime they desired or had a specific day or days scheduled when they could visit the beach. This day(s) was often called “Colored Day” or “Negro Day” to indicate it was the day in which people classified as Black, Indigenous, Negro, colored, or any other name associated with a non-white person during the era could visit the otherwise “whites-only” beach for a day of fun in the sun.

Black and Indigenous landowners also combatted this state-sanctioned segregation by creating their own beach resort area in Delaware.

People traveled to this destination to enjoy leisurely activities they learned about through word of mouth, posters, church events, and by reading travel guides published for Black travelers.

This exhibit highlights many of the beaches that Black, Indigenous and other people of color visited in Delaware during the segregation era. The beaches are introduced in order of where they are located along the coast, starting in northern Delaware and moving towards southern Delaware.