During the spring of 2016, visitors to historic New Castle will have an opportunity to see the impressive results of a year-long, $350,000 capital improvement plan that the Delaware Division of Historical and Cultural Affairs implemented at four state-owned historic properties that the agency administers in Delaware’s original capital city. Implementation of the plan began in March 2015 with all improvements completed by April 2016. 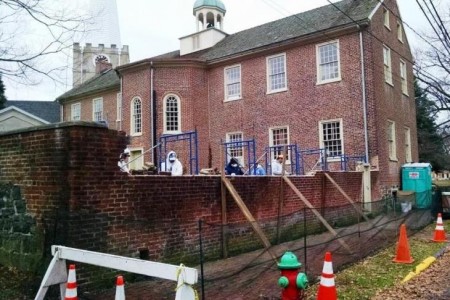 Following is a summary of the completed projects:

Founded by the Dutch under Peter Stuyvesant in 1651, the town that would later be called New Castle served as Delaware’s Colonial and state capital from 1704 until 1777. The city’s well-preserved historic district retains many original structures built between 1698 and 1873 representing a wide variety of architectural styles including Dutch Colonial, Georgian, Federal and Greek Revival. New Castle now serves as the headquarters of the First State National Historical Park. The New Castle Court House Museum and the New Castle Green are among seven components of the park which includes sites in all three of Delaware’s counties.