Activity: Make Your Own Silhouette — Catch a Shadow!

Until recently, capturing a likeness (in a painting or photograph) was a very expensive and time-consuming form of art. Silhouettes were an inexpensive and relatively fast way to have a likeness done. Street artists could create a silhouette on the spot because it did not require expensive or heavy equipment and processing chemicals. You could walk through your town and get your silhouette done on the way to the park! All that was needed was a pencil, paper, scissors, and glue!

We have provided a couple examples of silhouettes from our collection for inspiration. Simply freehand an item or a person from memory or create a silhouette on the wall by shining a light against the subject. It could be yourself, a family member, a family pet, or your favorite toy! Trace a basic outline onto a solid, colored piece of paper, cut it out, and glue it onto a white or light-colored background. We told you it would be easy! Be sure to tag @delawarehistory on Instagram to share your creations.

Educational Experiments to Try at Home:

Which room has the most light in your house? Does it help with your silhouette?

Why do you think silhouettes were so popular in the past?

What do we do today instead of silhouettes?

How many family members will you make into silhouettes? Can you put them all together on one large poster board?

Who is the government organization that released the price lists?

What is considered a “meat black marketeer”?

Any farmer, meat packer, wholesaler, retailer or housewife who buys or sells meat at higher costs than the approved list.

What two types of payment are required to purchase the food on these lists?

What would you purchase for your family if you only had $10 to spend for the month (prices listed are in cents per pound)?

This is an open-ended question and can produce many variations. Have fun with this one!

What is the total cost of the car?

How much would this car cost today? Use an inflation calculator (find it online) to see how much it would cost in 2020 money!

What are some of the terms the buyer is agreeing too?

a. The car must be picked up within 48 hours of the time of sale.
b. The Ford Motor Company owns the title to the car until it is fully paid off.

What city is the car being sold in?

What kind of car is the buyer purchasing?

Who founded the Ford Motor Company?

What do the Society of Friends (Quakers) believe in? What are their core values?

a. The light of God exists in every person.
b. To quake before God (thus the name).
c. Equality (many were involved in the abolitionist movement in the United States).
d. No violence.

Who was the founder of the Society of Friends?

When was this letter written?

Who is a famous Quaker related to Delaware and Pennsylvania history?

What are the two locations mentioned in the letter?

Enjoy an online jigsaw puzzle featuring objects from our collection!

Choose a puzzle below and select your difficulty (number of pieces) after the puzzle opens.

When people think of tulips today, many picture the beautiful fields of different colored tulips scattered across the Dutch countryside. However, the story of the tulip in Dutch history is not all so beautiful, as the flower was once the centerpiece of a drastic market fallout dubbed “TulipoMania”.

While the tulip began with humble origins nestled in the valleys of the Tien Shen Mountains in Central Asia, their reputation steadily grew due to its vibrant colors and complex “broken” patterns. By the 11th century the flowers had found their way into the gardens of nobles across Persia and many Islamic city states, and continued spreading through the Middle East and into the Balkans of Eastern Europe thanks to the rising Ottoman Empire a few centuries later.

The flowers quickly passed on throughout Europe, and the first reference of the tulip in Dutch history was recorded in the late 16th century, by an esteemed Dutch botanist, Carolus Clusius. The tulip’s arrival in the Netherlands coincided with the country’s rise into a golden era of newfound independence, wealth, and attention as an international hub of trade.

In just a few decades Dutch interest in tulips had fully blossomed, and with the wealth of the nation drastically increasing, the tulip became a symbol of prosperity, power and high society. The interest in the flower quickly soared out of control in the public markets and soon some speculators were selling bulb contracts for nearly 5,000 florins, roughly equivalent to around $100,000 U.S. dollars today.

The market on tulip bulbs during this era, infamously dubbed “Tulipomania”, was spurred by the same qualities of the flower that first drove its attention: the vibrant and varying colors of the flowers and the color patterns on different strains of bulbs. This mania was short lived, as the market crashed just a few weeks after hitting this peak. However, it helped cement the place of the tulip in Netherlands’ history. Today the flowers coat numerous country sides across the nation, and in the height of the spring bloom many cities hold massive tulip festivals which draw in visitors from across the world.

Create your own Tulip

Print or make your own tulip petal stencils and design your own Tulips.

This ceramic, named for the Delft region in the Netherlands, was created in the 1600’s as an alternative to the more expensive Chinese porcelain. Although it is often characterized by its blue and white color, there were some multi-colored versions, known as poly-chrome delft.

We have several beautiful delft items on display here at the museum as well as a large collection of delft pieces which wash out of the Roosevelt Inlet Shipwreck site and onto our Lewes beaches, proving that when that ship sank (late 1700’s to early 1800’s), delft was a hot commodity.

Why not try making your own delftware at home? We cut out a circle of white paper to make our very own delft “plate”, using a blue colored pencil for our design. You could use paint, markers, pencils, crayons, whatever you like!

The Zwaanendael Museum was built to celebrate the 300th anniversary of the first European settlement in Delaware. The settlement was founded by the Dutch and called Zwaanendael, or Valley of the Swans. Because of the Dutch connection the architects who designed this building wanted it to look like a building you might see in the Netherlands and included many symbols and references to the early settlement and to Dutch culture.

Use this image of Zwaanendael Museum to help you find the missing shapes.

Answers can be found here.

Recipes from our Collection

Recipes from our Collection

Looking for some historical inspiration in the kitchen? We have combed the cookbooks in our collection to find recipes, both delicious and adventurous, for all experience levels. Just as tastes have changed, so have methods of measuring. A tip for would-be chefs: you may find outdated terms and measurements in these recipes. A quick internet search will point you in the right direction.

From the kitchen of the Division of Historical and Cultural Affairs, please enjoy the recipes below. You can also download a blank version of our recipe card here.

Recipes you should try! 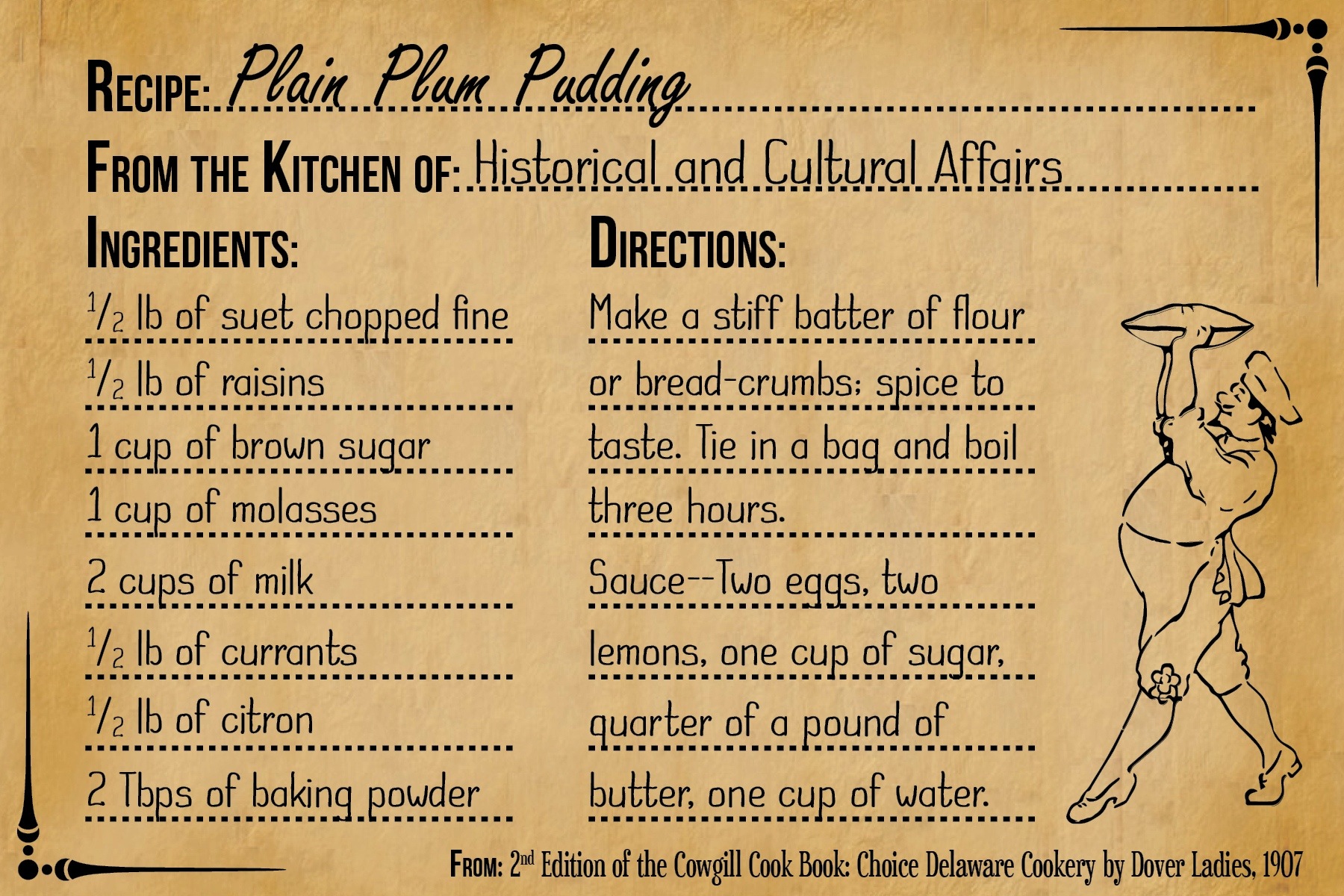 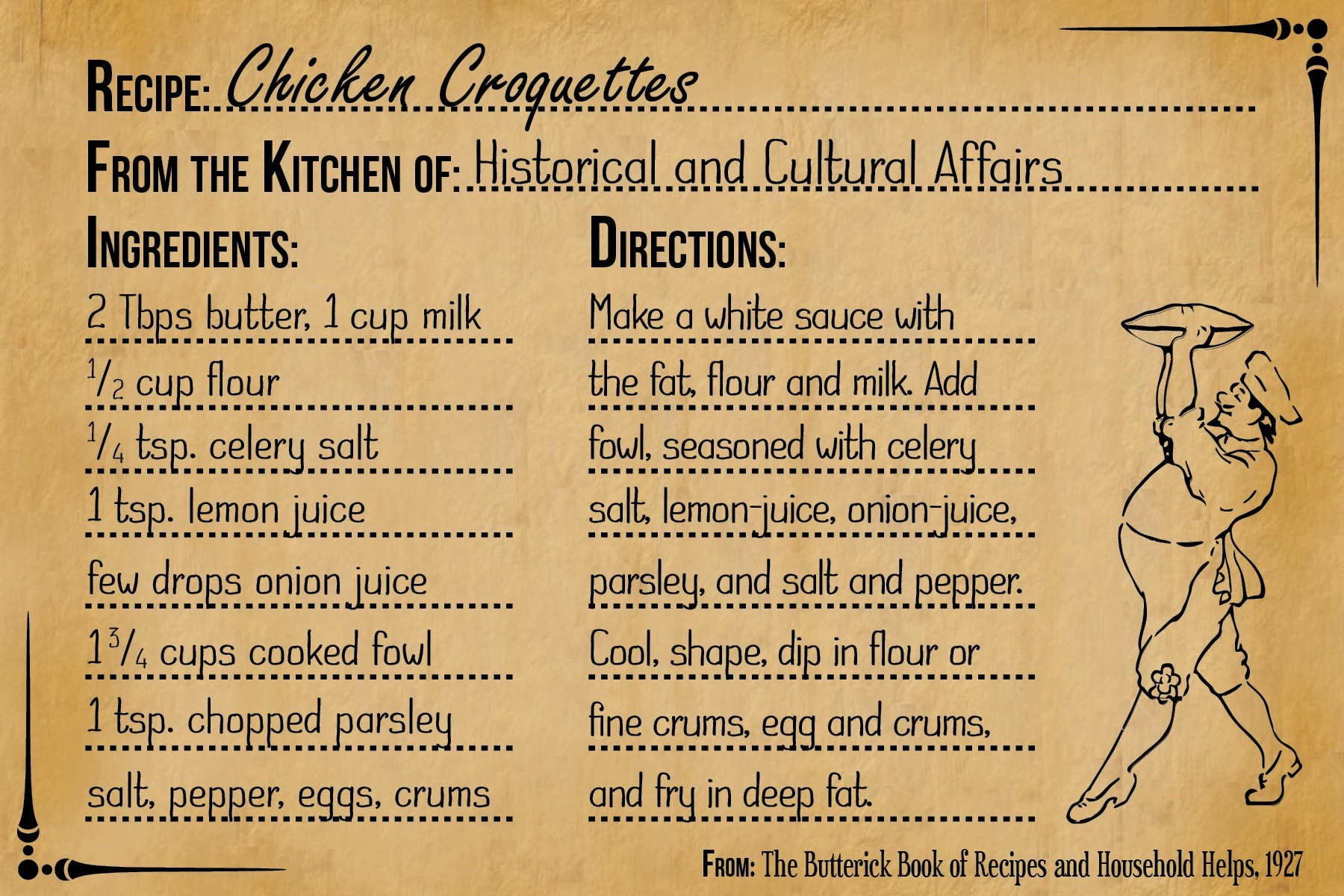 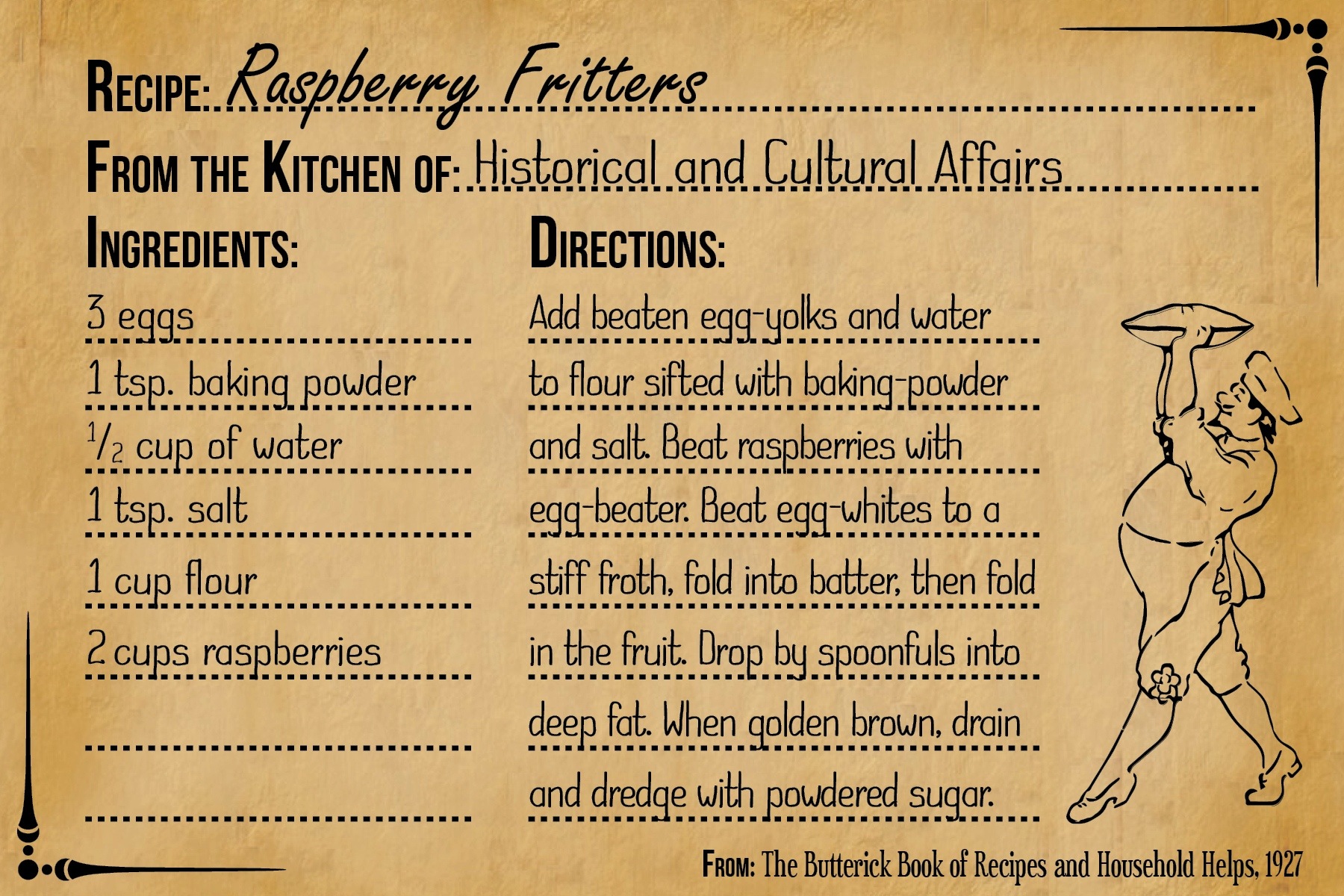 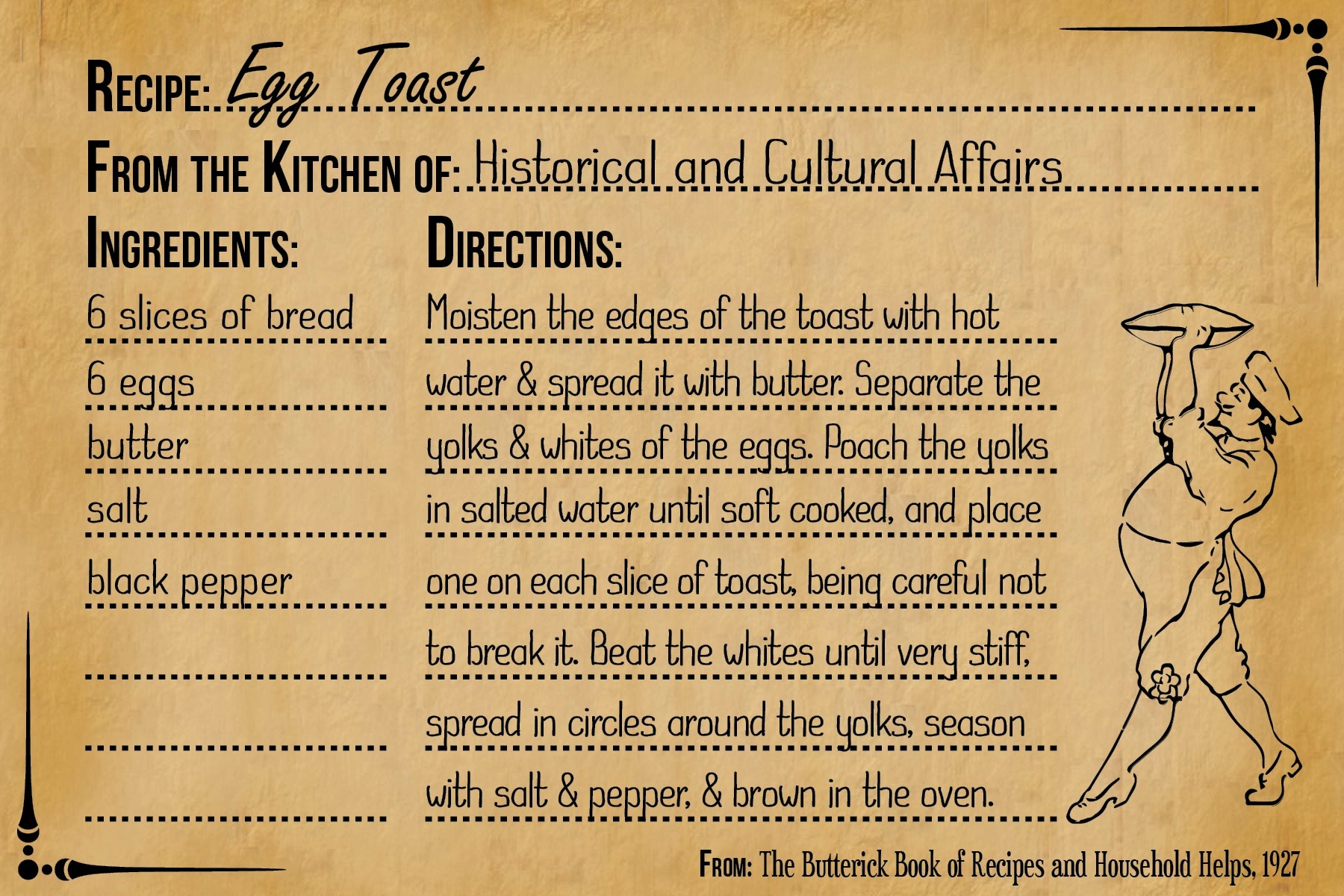 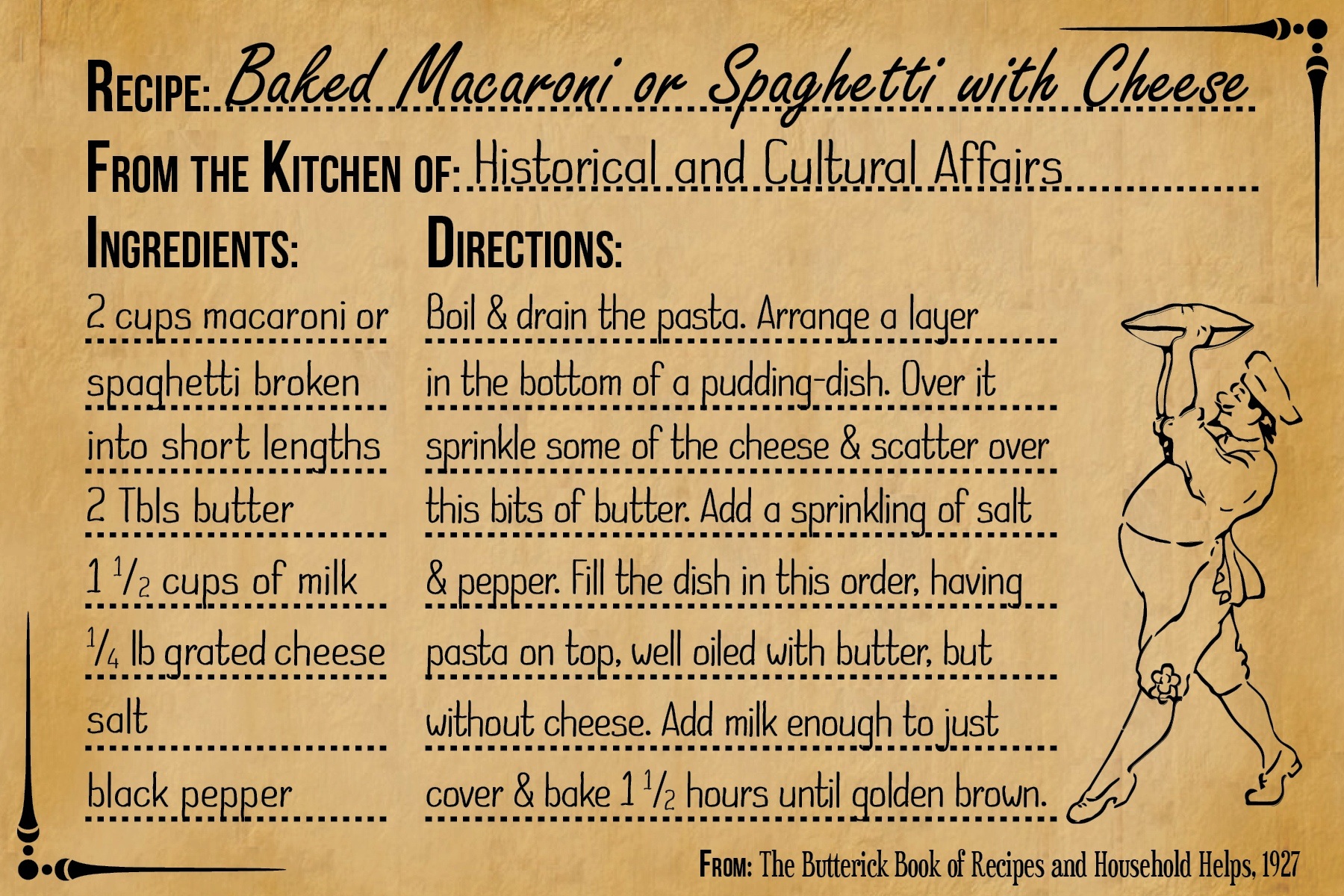 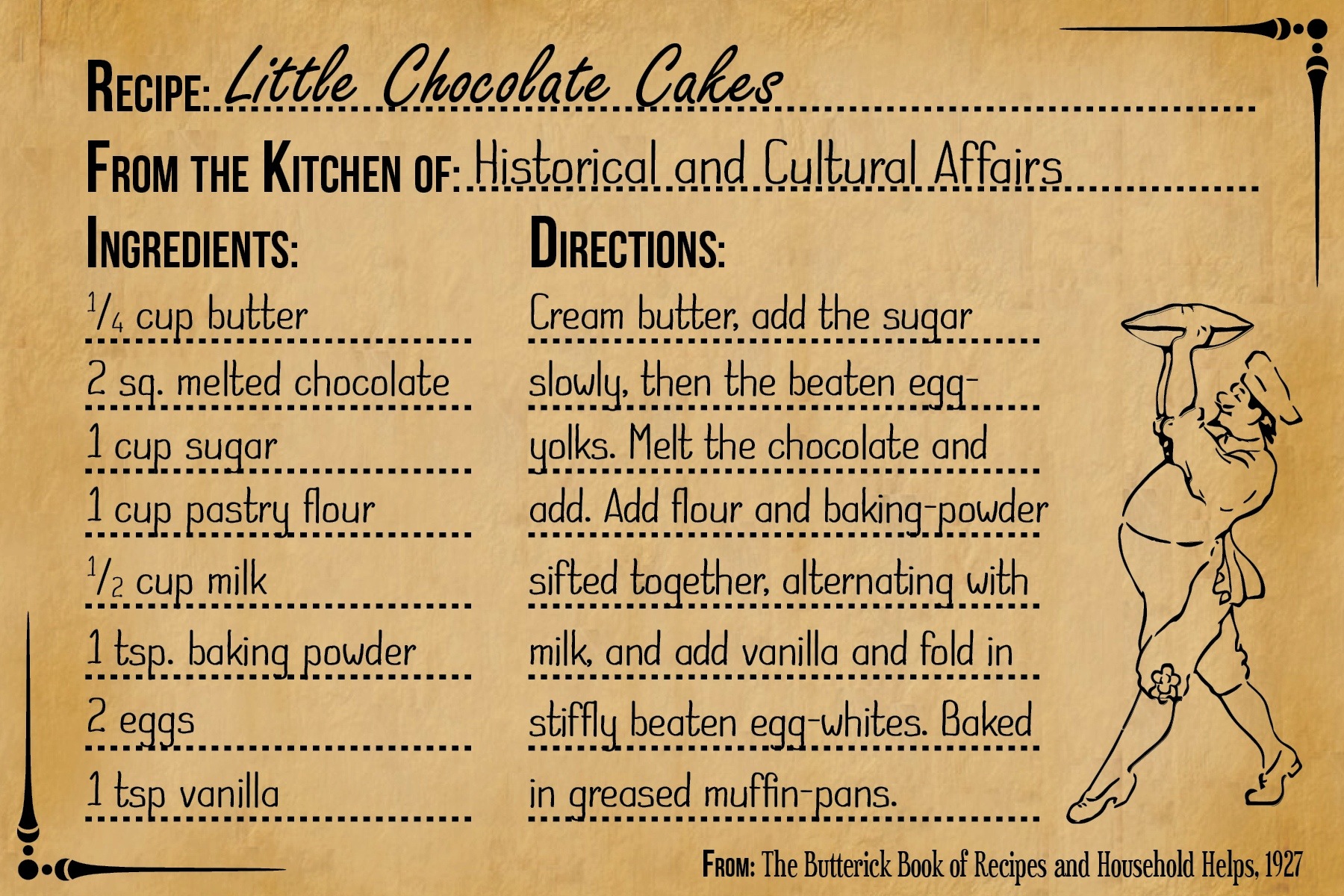 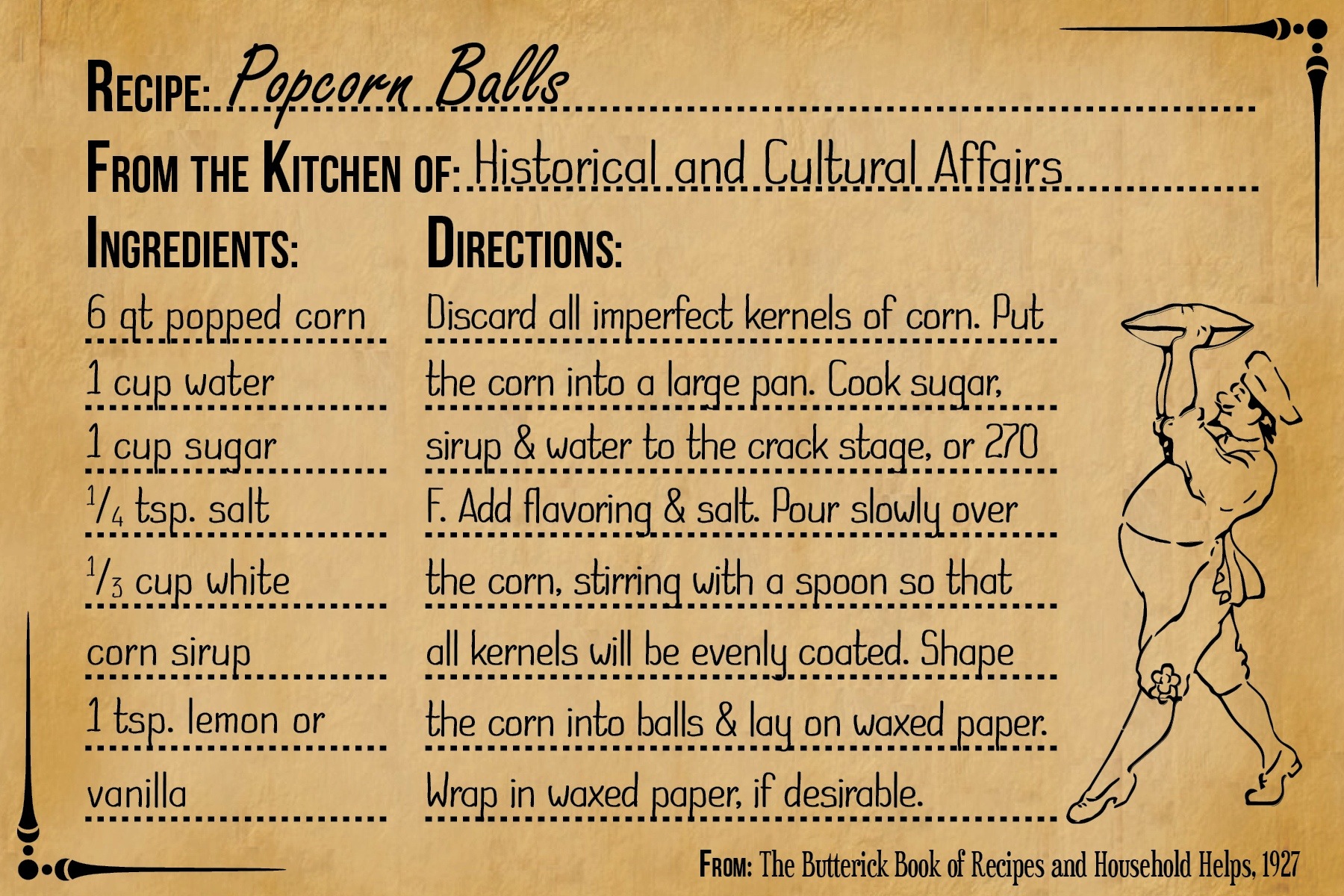 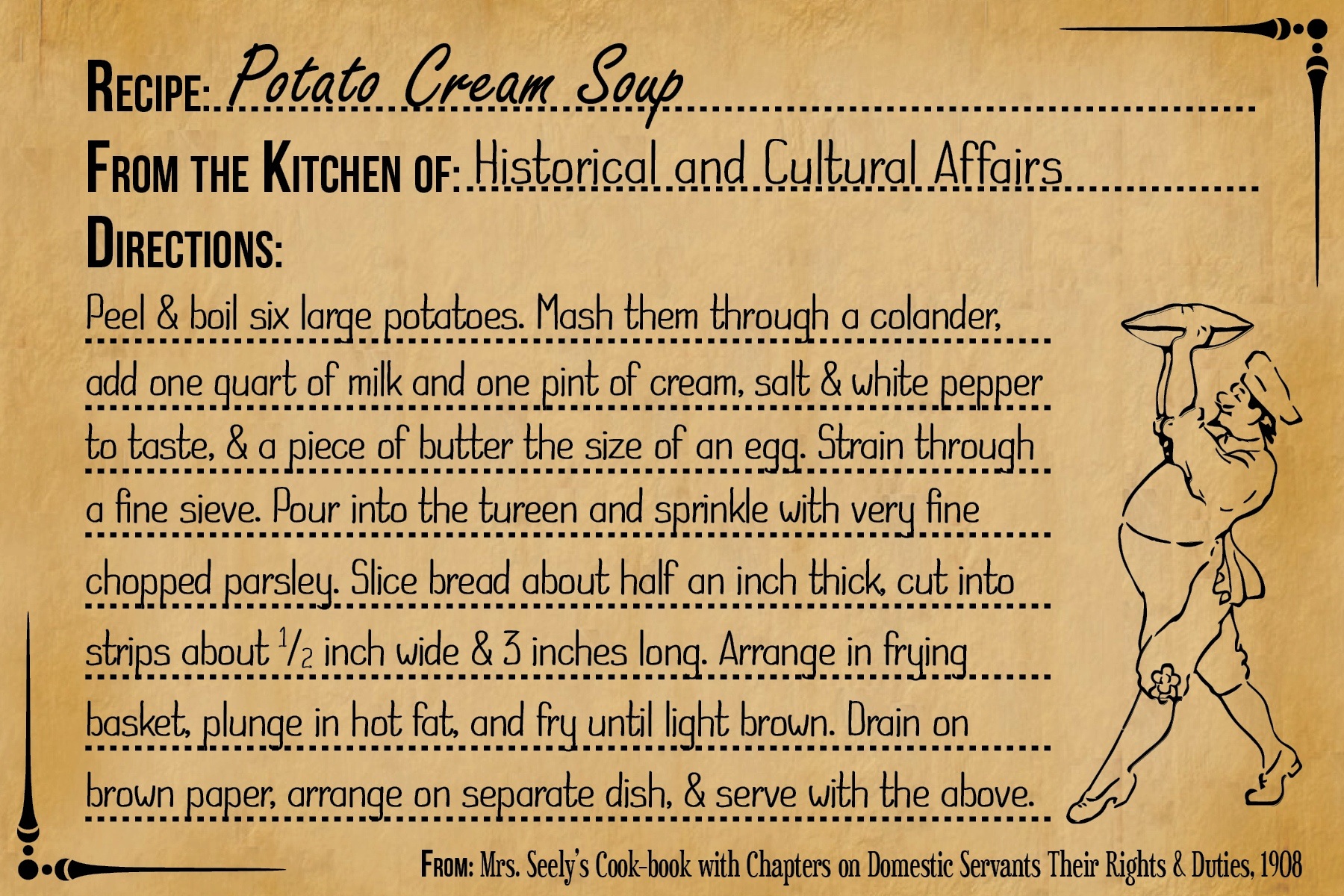 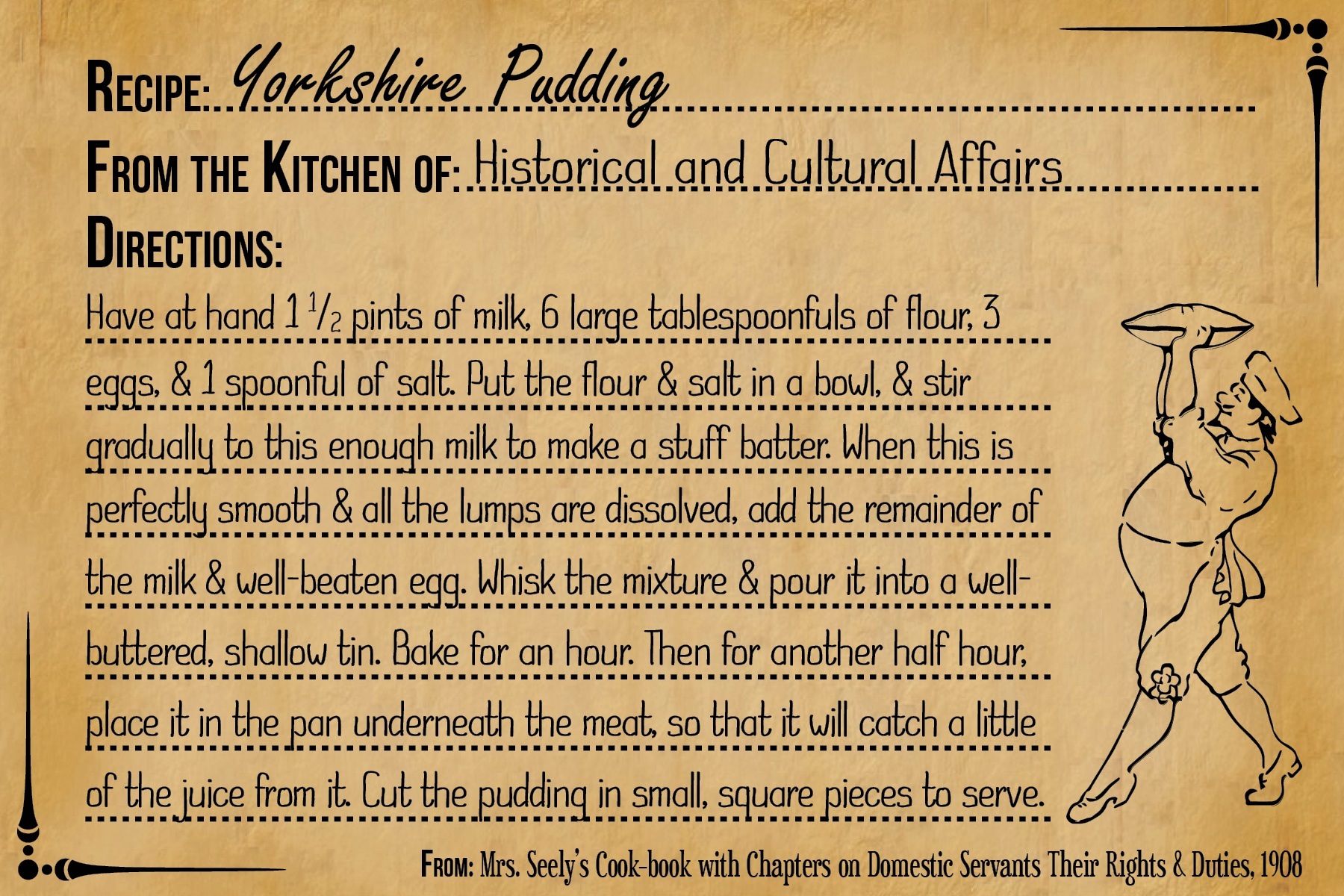 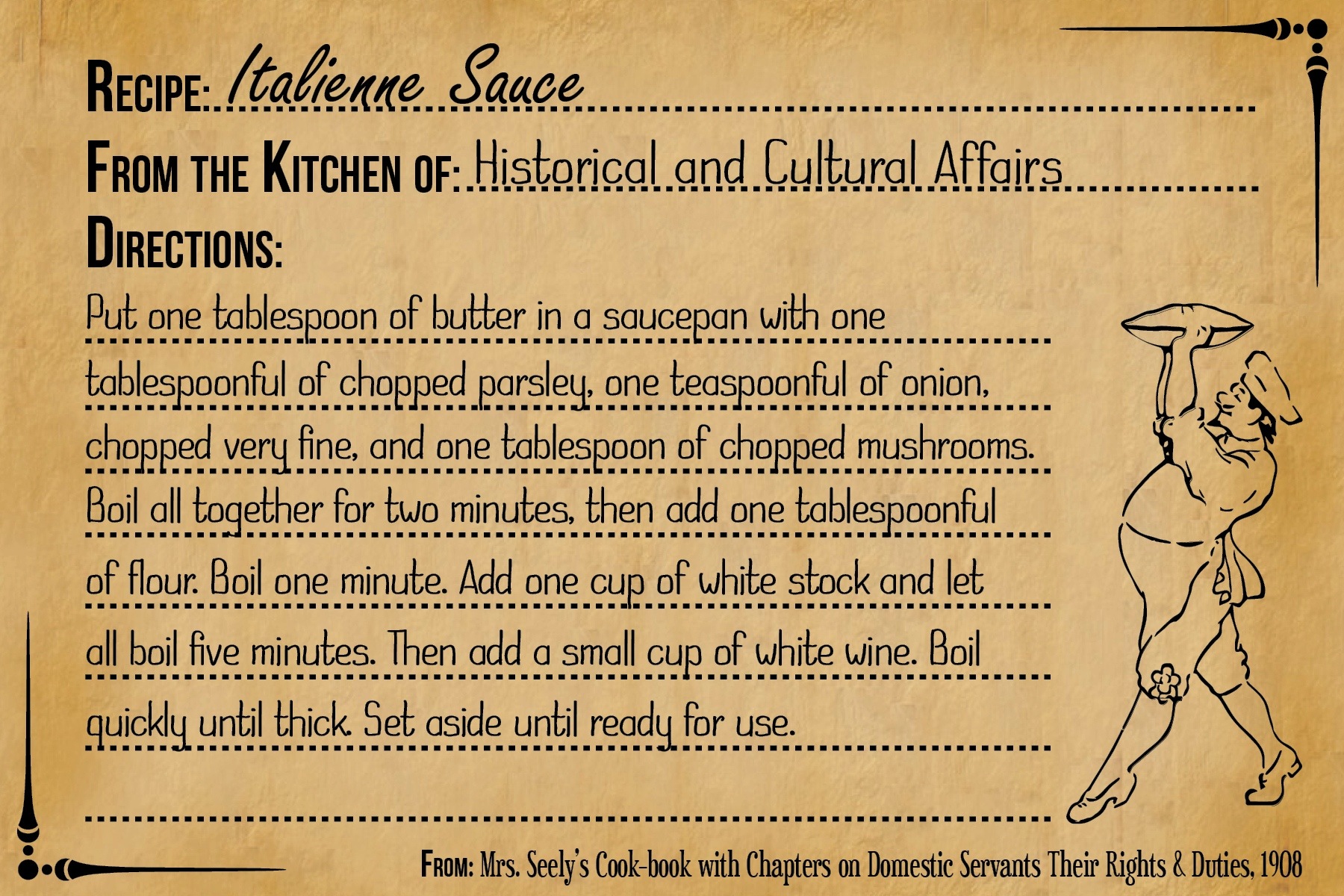 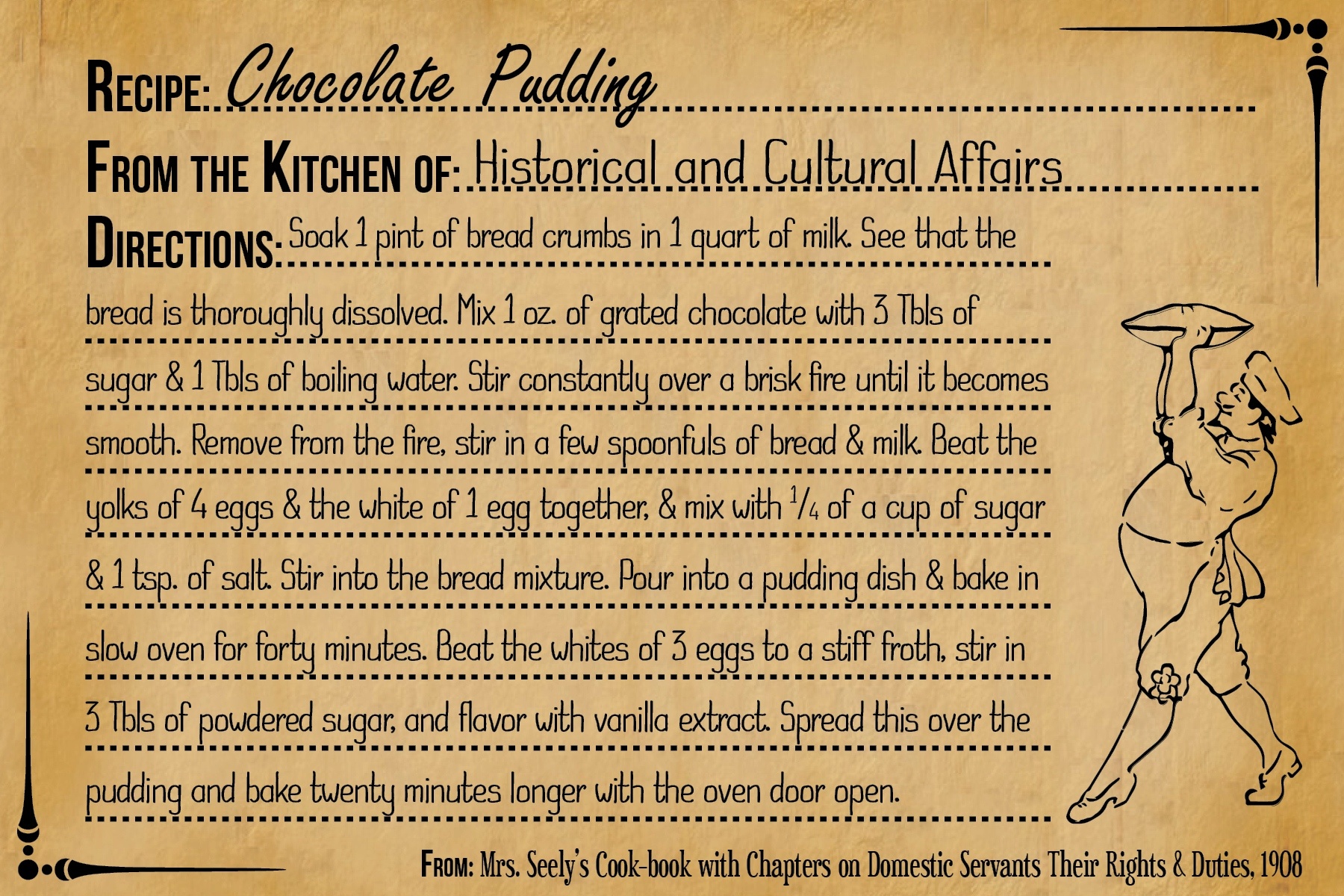 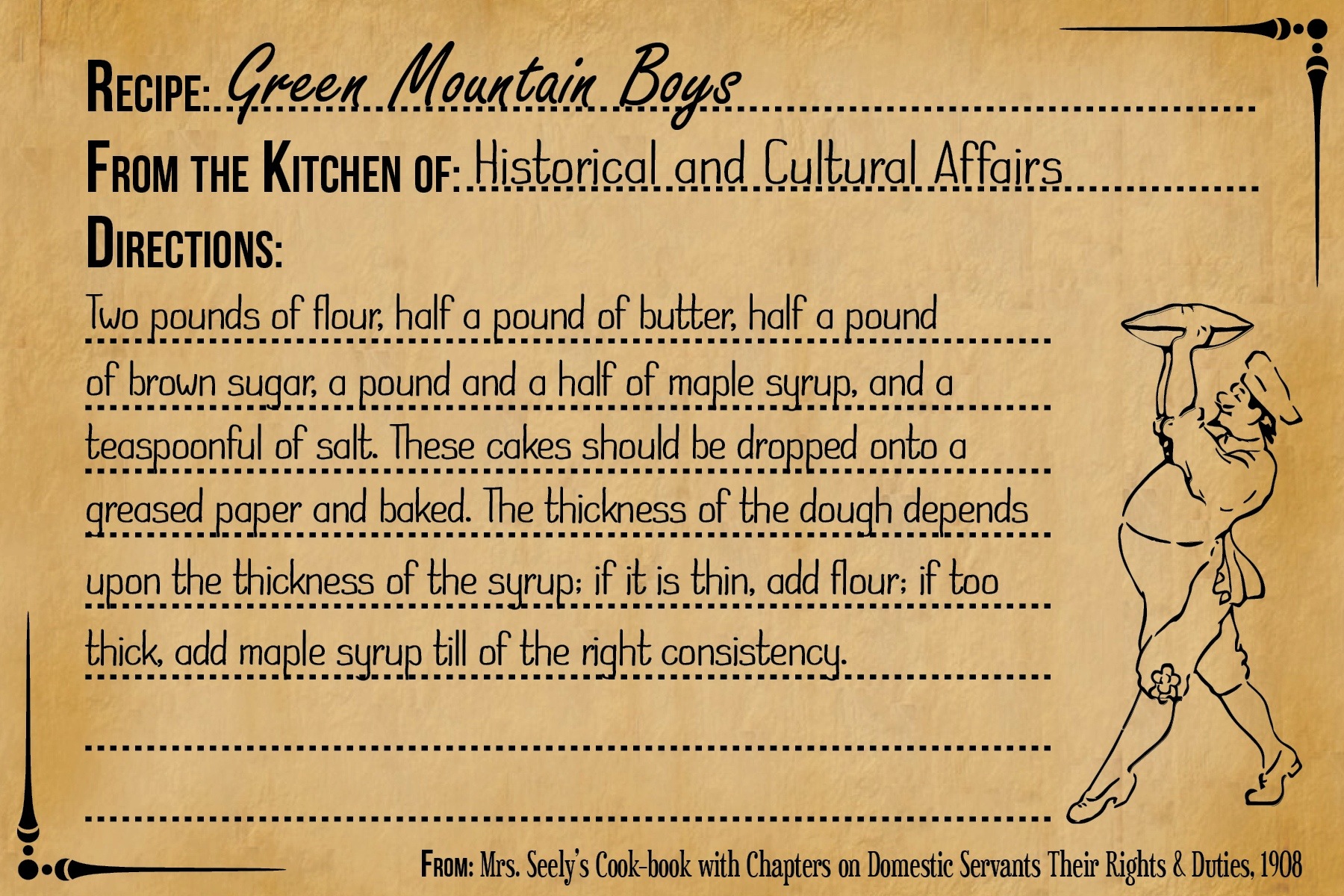 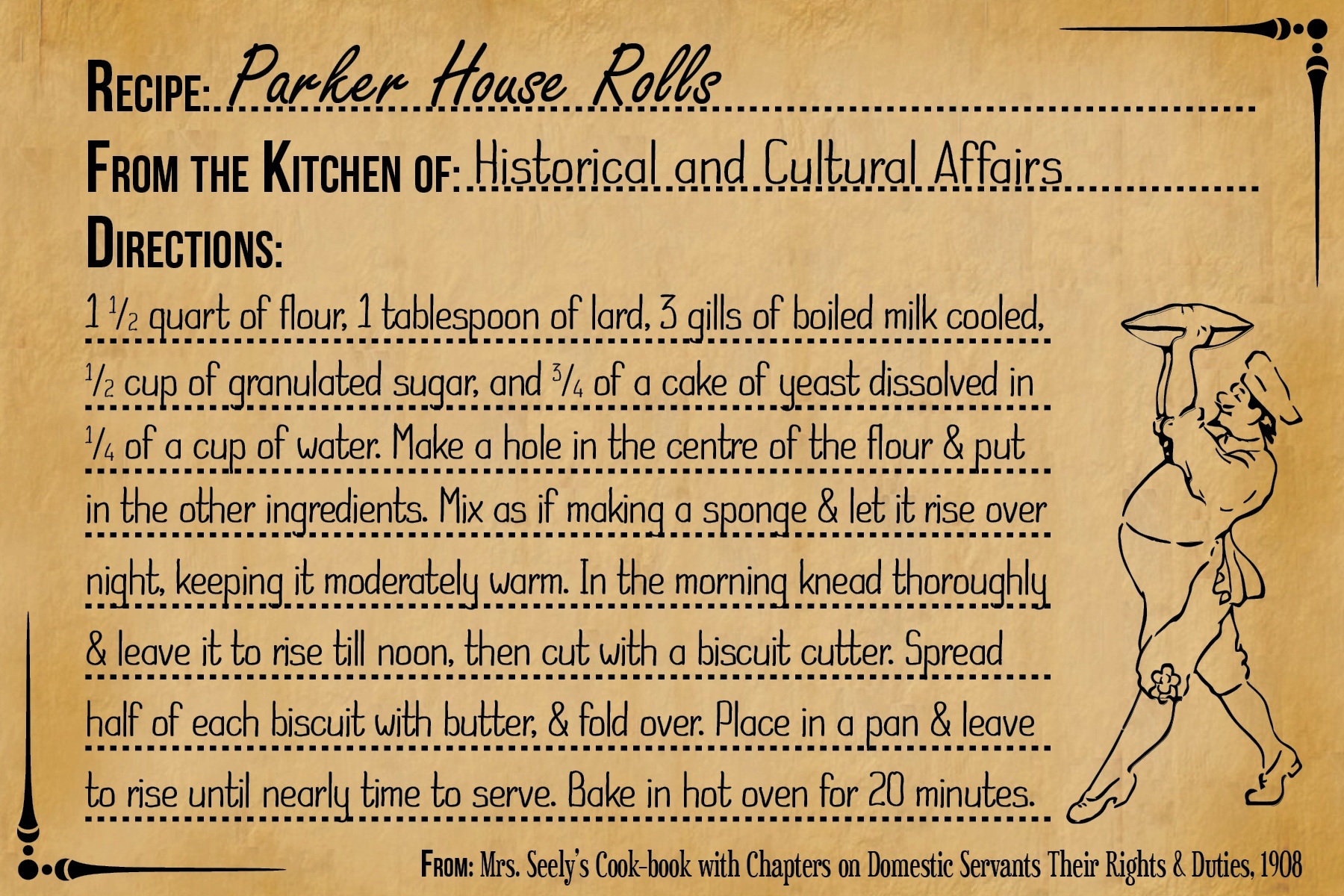 Recipes for the Adventurous 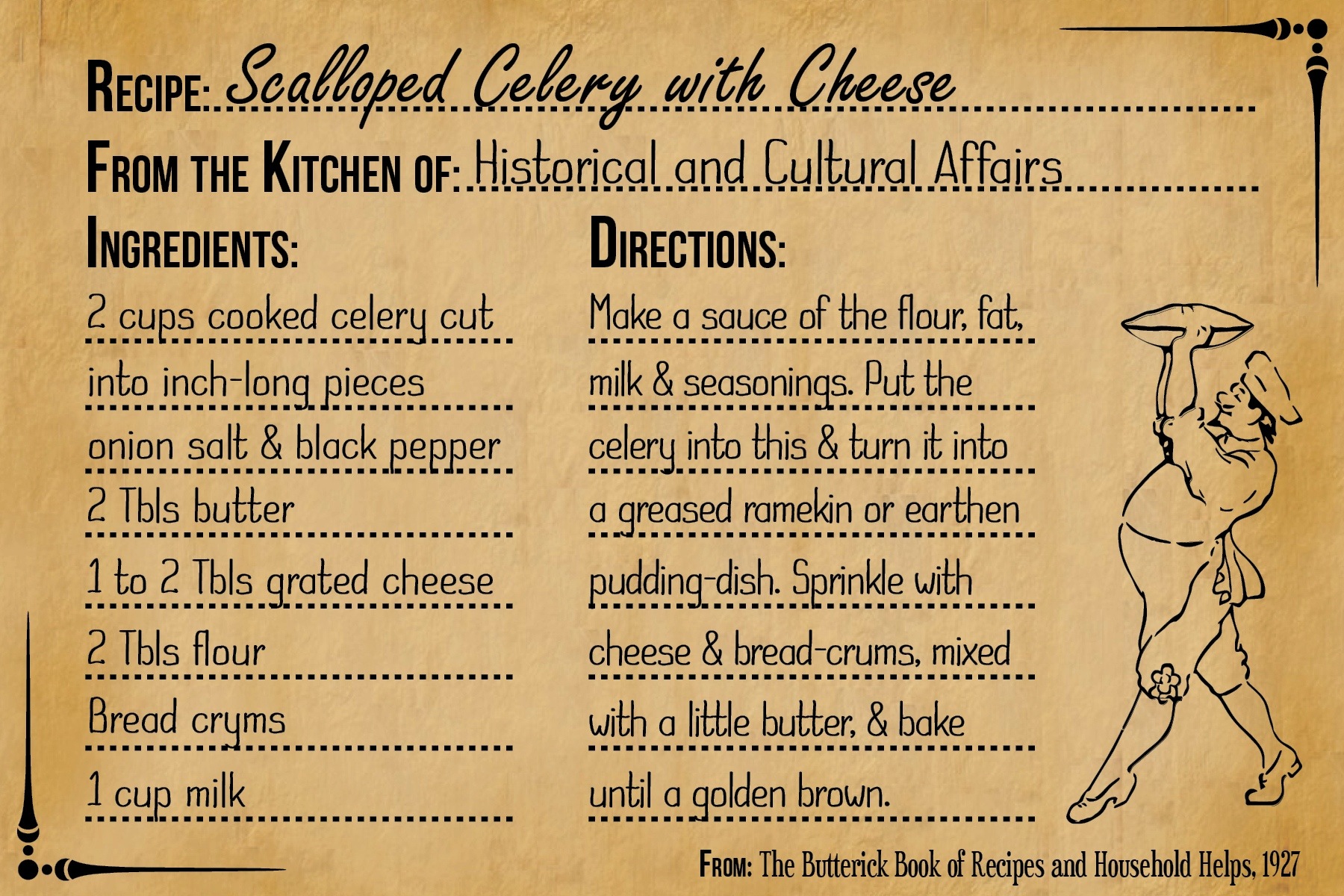 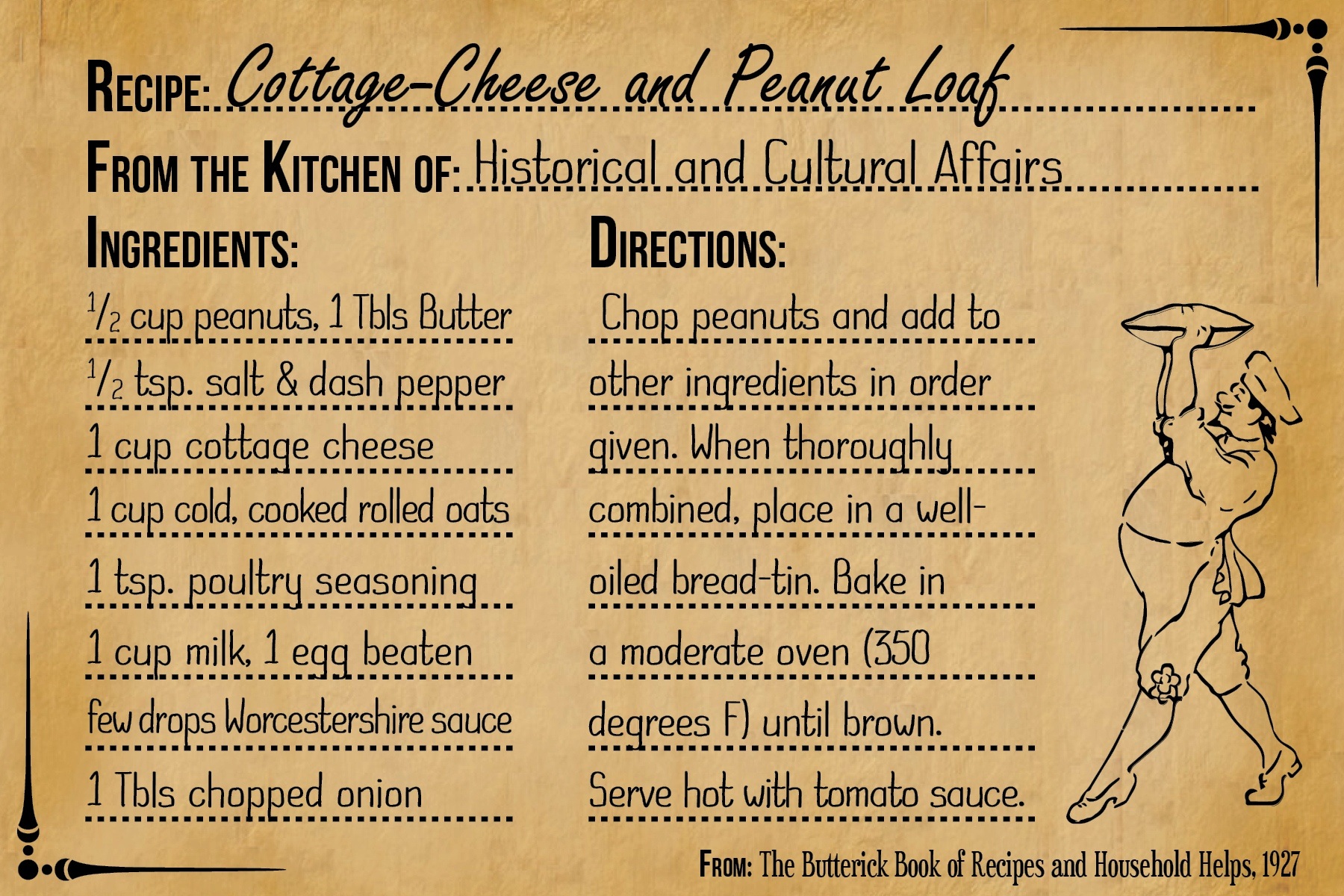 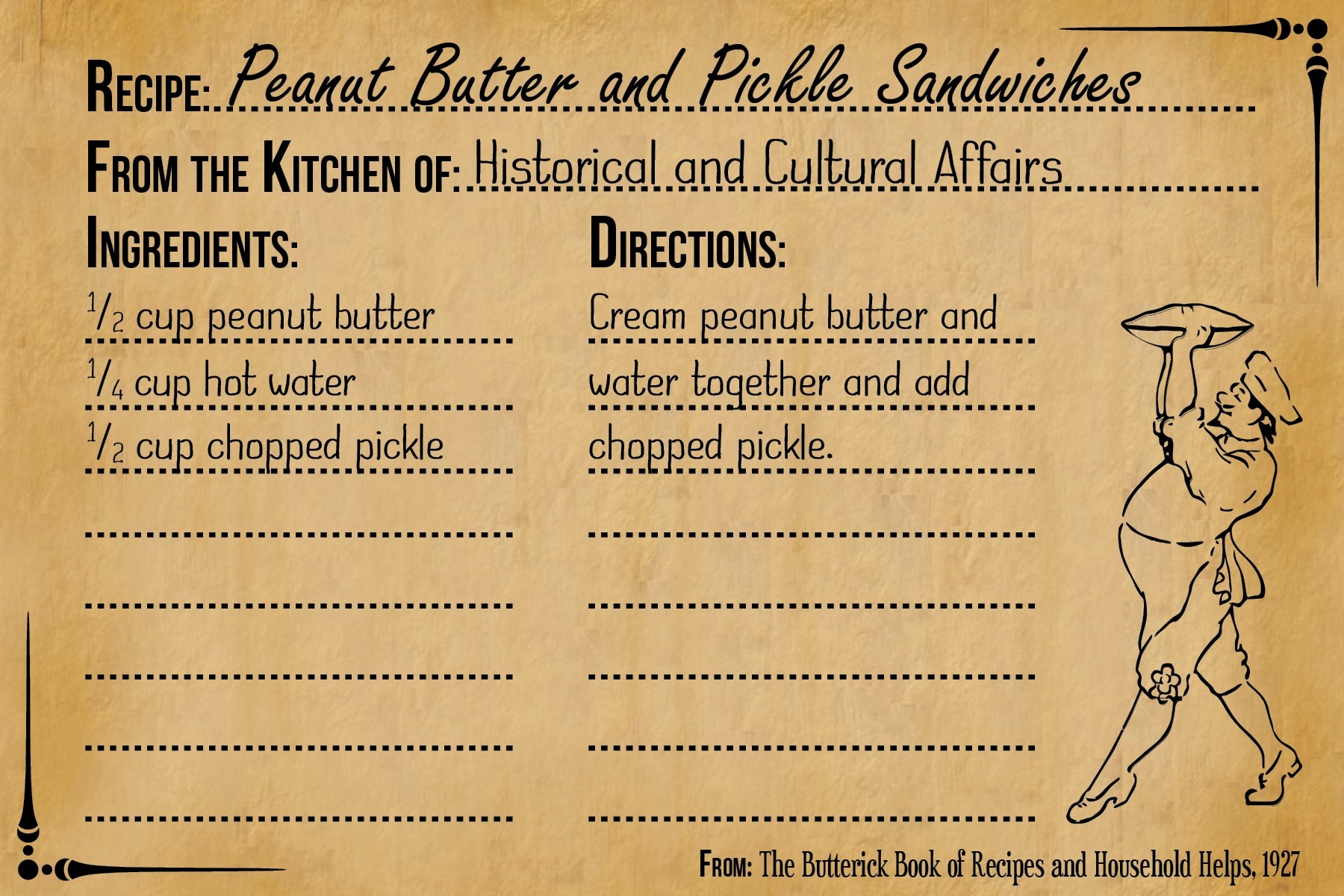 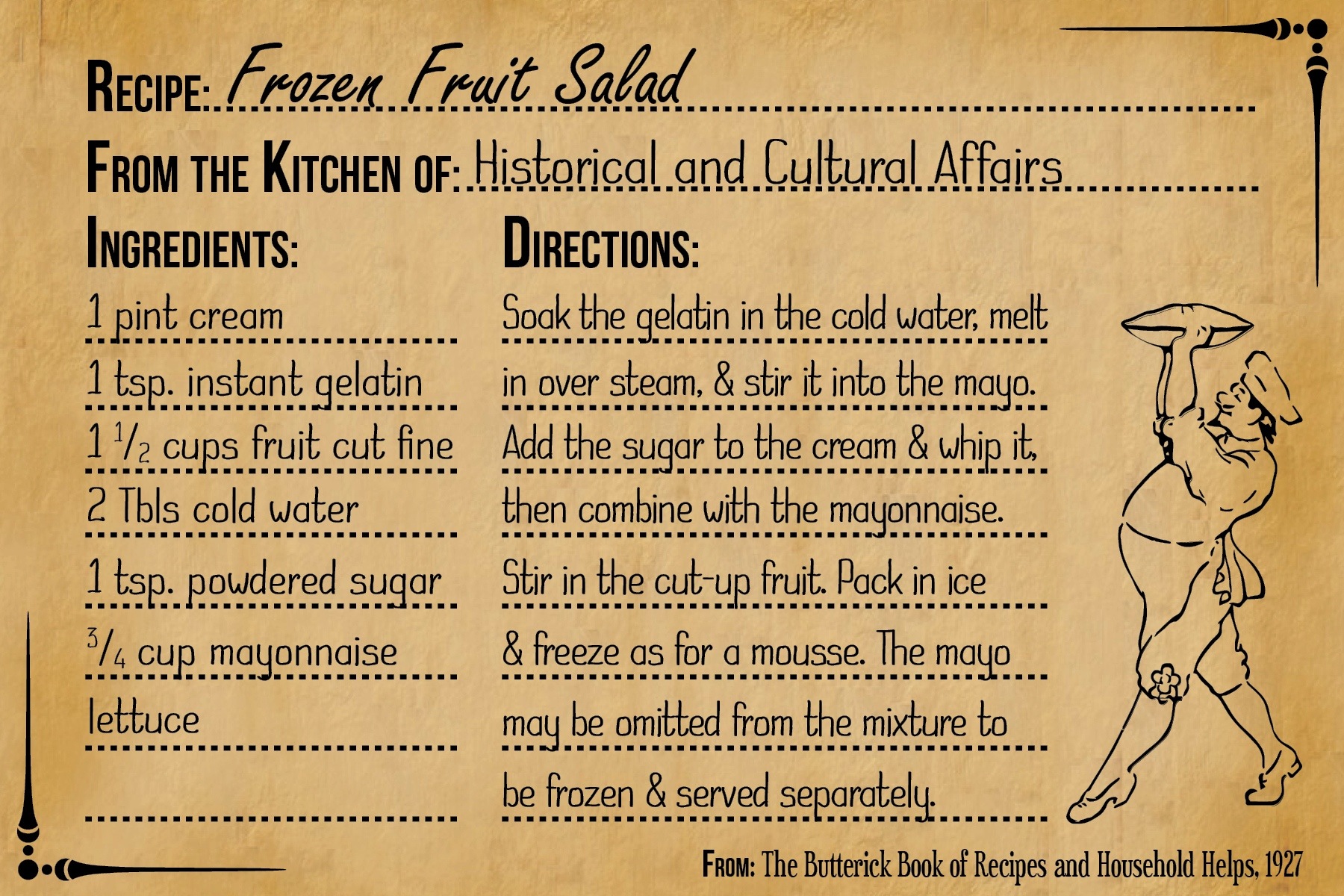 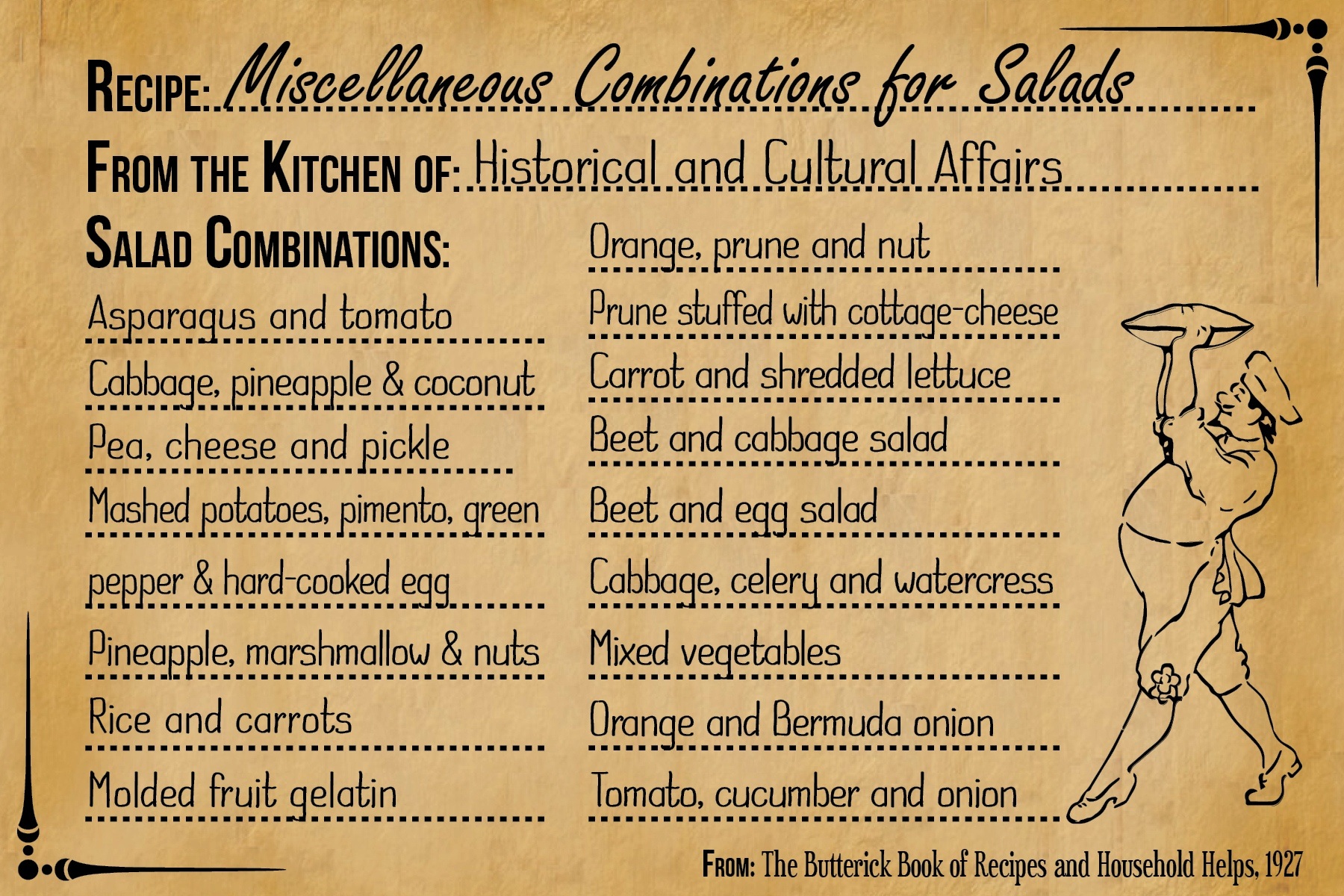 The most difficult recipe of all. Not for the faint of heart! 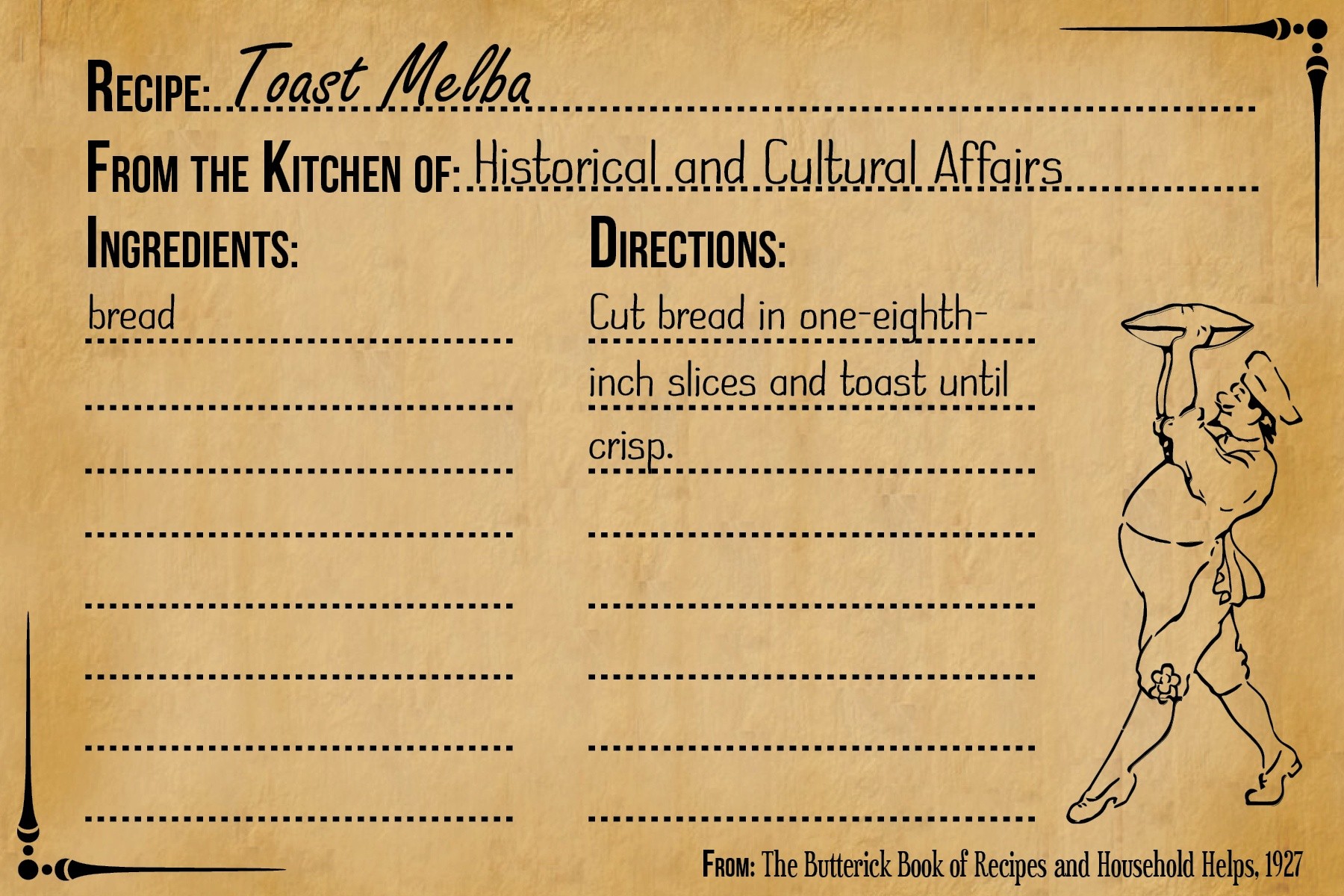