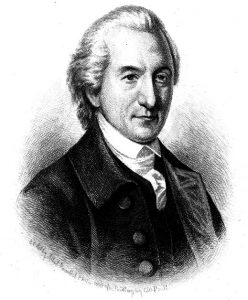 John Dickinson is known as the “Penman of the Revolution” because he was able to put on paper the thoughts and ideals which formed the foundation for our brand new nation. Dickinson was a man trained by scholars. He used his knowledge to think for himself. His pen contributed greatly to the American cause by supporting colonial rights and national endeavors.

Learn More
Letters From a Farmer in Pennsylvania 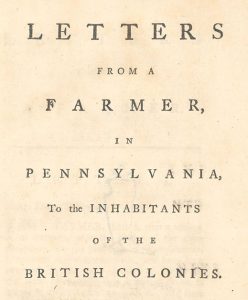 John Dickinson’s most famous contribution as the “Penman” and for the colonial cause was the publication of a series of letters signed “A FARMER.” Dickinson’s thoughts concerning the new Townshend Acts were published in most of the colonial newspapers as well as abroad in England and France in 1767-1768. Learn More
Acknowledgements
A big “Thank You!” to the following individuals and organizations for collaborating together on content, lectures, programming, events and exhibits. Without you this site and this state-wide celebration would not be possible.