Responsibilities will include maintaining, repairing and preserving the nearly 90 structures administered by the division.

Public interest continues for British warship that sank off the Delaware coast on May 25, 1798. 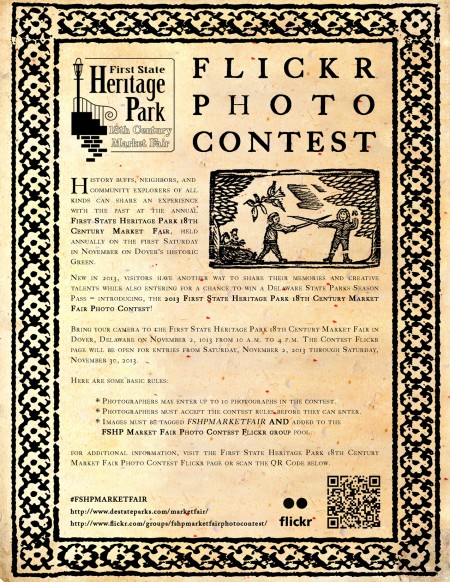 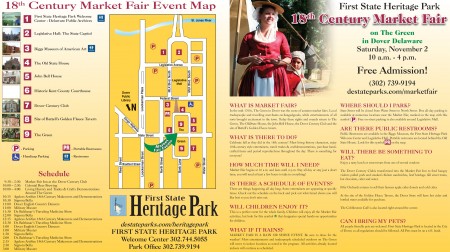 * Make sure you scroll down and “Agree” to the contest rules to advance to the group page:

Tag your photos with FSHPMarketFair – photos are not eligible for the contest unless they are tagged properly! 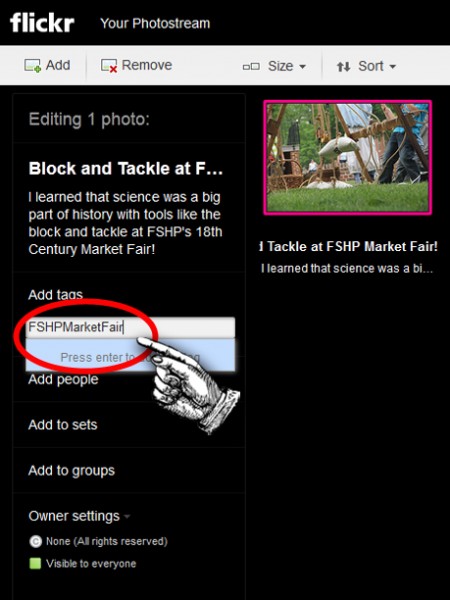 In the photo description space, please include a title for the image and any description you may provide, including a few words to complete any of the prompts below. 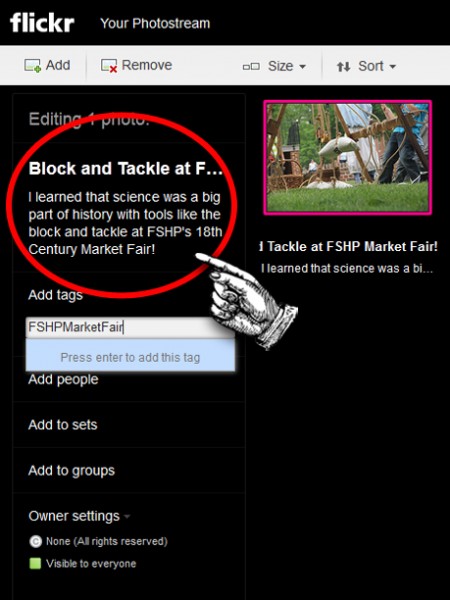 Add to the group. 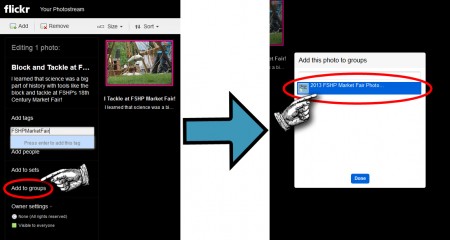 Upload the photos to your Photostream. 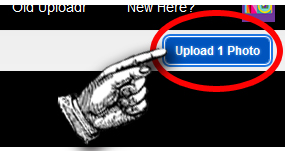 * The upload confirmation window should look like this, indicating that your photos are (1) public, (2) tagged, and (3) grouped: 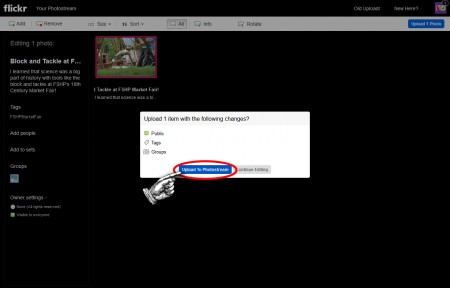 Watch, share, and vote between now and November 30th for your chance to win a 2014 Delaware State Parks Pass! 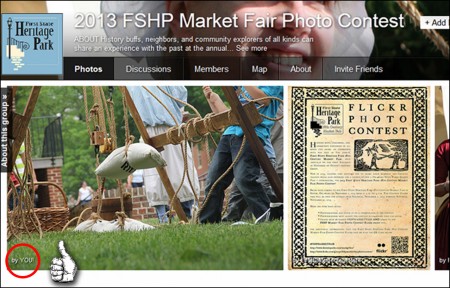 Another blog post will follow with instructions and tips for voting, but the more people that you can get to favorite your photo the better your chances at winning!

Working at the state’s museums, these employees help bring Delaware history to life.

Division Archaeologist to Speak at International Meeting in the Netherlands

Craig Lukezic to discuss Fort Casimir, established by the Dutch in 1651 in what is now New Castle, Del. 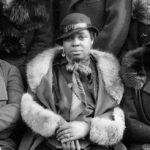 From Sept. 27, 2013 to June 14, 2014, the exhibit “Forging Faith, Building Freedom: African American Faith Experiences in Delaware, 1800-1980” was on display at the Delaware History Museum in Wilmington. The exhibit honored the faith experiences of Delaware’s Black community and its contributions to the development of religion in the United States including a commemoration of the bicentennial of the African Union Methodist tradition and the August Quarterly, the nation’s oldest African-American religious festival.

“Forging Faith, Building Freedom: African American Faith Experiences in Delaware, 1800-1980” was created through a partnership between the curatorial staff of the Delaware Historical Society, which researched and wrote the exhibit narrative and organized loans of exhibited objects; and the Delaware Division of Historical and Cultural Affairs’ Collections, Affiliates, Research and Exhibits (CARE) Team which designed, fabricated and installed the exhibit.

The partnership with the Delaware Historical Society is one of several in which the division has participated in recent years. These partnerships have had great success in creating new opportunities for the agency to serve the public in communities where it has not previously had a presence. Partnerships help fulfill the division’s mission by shining a spotlight on Delaware history, enhancing leisure and educational opportunities for the state’s residents, stimulating tourist visitation leading to economic growth and job creation and expanding public awareness of the importance of preserving and protecting Delaware’s historical and cultural legacy.

Exhibits on Charles Parks and the USS Delaware closed on Sept. 22, 2013 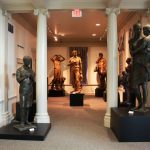 “Dealing in Symbols: Profundity and the Human Figure,” an exhibit of works by noted Wilmington sculptor Charles Parks; and “USS Delaware: An American Battleship,” an exhibit on the USS Delaware (1909-1924) told through objects, photographs and ceremonial silver, closed on Sept. 22, 2013. Planned and created by the Delaware Division of Historical and Cultural Affairs, the exhibits were on display at the First State Heritage Park Welcome Center and Galleries, Delaware Public Archives building, 121 Duke of York St. in Dover, Del. 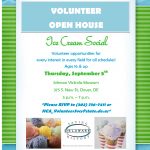 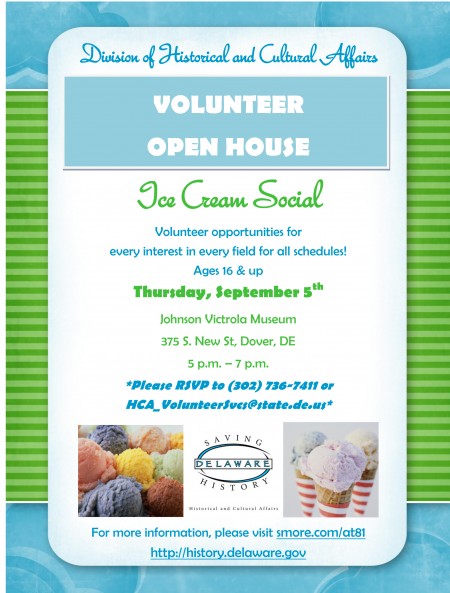 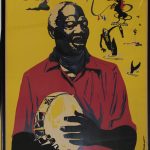