The holiday season is one for traditions. With the traditions of so many countries blended in the United States, what we now consider “old hat” was, for a time, new and novel. One iconic image of the season, Santa Claus, came from many different immigrant cultures, primarily from the German and Netherlands areas as Saint Nicholas. But how did the image of the tall, old, stately man that the people of the Netherlands and Germany know so well become the jolly, rotund man of today’s American holiday celebrations?

Decades of illustrations and marketing brought us the contemporary idea of Santa, but one of the first Americanized images came from Delaware’s own Felix Darley.

Felix Darley was born in the Philadelphia area to a family of artists and actors. He moved around the northeast region as a self-trained artist, but by 1859 had returned to the Delaware Valley. With his wife, he moved into a house his brother had purchased in 1842 on Philadelphia Pike in Claymont. He himself took ownership of the home in 1863 and Darley family members continued to live in the house until 1916. Today it is owned by the Division of Historical and Cultural Affairs and is the home to the Claymont Renaissance Development Corporation.

The original home was constructed in the late 18th or early 19th century and was added onto throughout the first half of the 19th century, making for a blend of building styles. Darley himself captured the ornate gingerbread decorations in an illustration from the 1850s.

In 1862, living in Claymont, he was asked to illustrate the images for “A Visit from Saint Nicholas” (better known by many as “The Night Before Christmas”). Attributed to Clement Moore, the poem was a first in the Americanization of older European Christmas traditions, and included the names of the eight reindeer, the entry using a chimney and the bringing of presents for all. And within the many illustrations, drawn as a small elf, with his trademark hat and pipe and round belly, was Darley’s interpretation of Santa Claus. 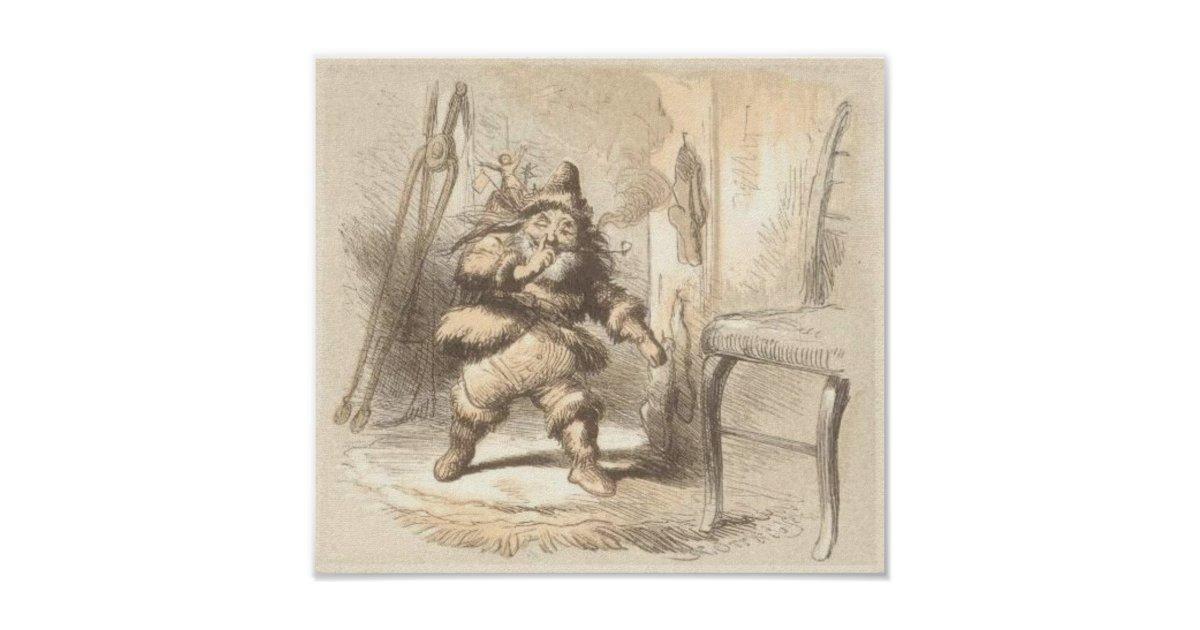 Drawn in his studio in the Claymont house, Darley’s image of Santa is not fully the one we know today, but within it one can see the inspiration companies and illustrators of the next decades would use to build on and create the image of Santa Claus we know today. And as an added detail, the illustration of Santa arriving shows a familiar-looking structure: what we call today The Darley House, serving as a model for the home.

As Darley’s illustrations became known during his time working for Graham’s Lady’s and Gentlemen’s Magazine he was brought on to collaborate with Edgar Allen Poe for Saturday Museum and The Stylus. From there he moved to New York and his illustrations were published in works for numerous authors like James Fenimore Cooper, Harriet Beecher Stowe and Charles Dickens.