During an all-staff event that took place on Oct. 5, 2017 at the Buena Vista Conference Center in New Castle, employees and volunteers of the Delaware Division of Historical and Cultural Affairs celebrated their recent accomplishments and examined future plans.

Division director Tim Slavin kicked off the program by expressing his pride in the agency’s recent accreditation by the American Alliance of Museums and discussing plans for a publicity campaign to help residents and visitors become more aware of the seal of approval that accreditation brings to the agency’s programs and services.

Leaders of the division’s teams discussed recent accomplishments and works in progress including the following:

–Creation of a new agency logo 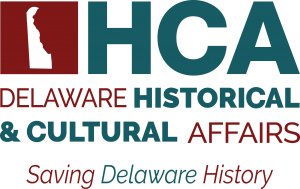 –The Zwaanendael Museum’s maritime celebration, “A Sailor’s Life for Me,” which attracted more than 1,000 visitors over the 2017 Memorial Day weekend

Slavin also took the opportunity to present staff service-awards to Gloria Henry, site supervisor of the John Dickinson Plantation, for 25 years of service; horticulturalist Ken Roy for 20 years; and deputy director Suzanne Savery for five years. Extra Mile awards were presented to Ed Gillespie for emergency delivery of supplies to Buena Vista, and to the staff of the State Historic Preservation Office for its work on developing the State Historic Preservation Plan.

Finally, the meeting concluded with a presentation on best practices in the use of social media by Hannah Ostroff, social-media manager for the Smithsonian Institution in Washington, D.C. and a graduate of Dover High School.