On June 18, 2014, the American Association for State and Local History announced that two Delaware-Division-of-Historical-and-Cultural-Affairs-affiliated projects were among the winners of the 69th annual Leadership in History Awards, the most prestigious recognition for achievement in the preservation and interpretation of state and local history. The Delaware projects that were honored include “The DeBraak and Its Atlantic World,” a multi-dimensional interpretive program on the British warship that sank off the coast of Delaware in the late 18th century; and “Forging Faith, Building Freedom: African American Faith Experiences in Delaware, 1800-1980,” a Delaware Historical Society exhibit created with extensive assistance from the division. 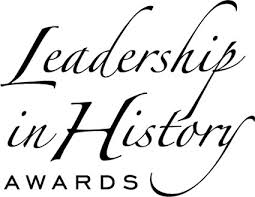 Leadership in History Awards are the American Association for State and Local History’s highest distinction and the winners represent the best in the field,” said Terry Davis, association president and chief executive officer. “This year, we are pleased to distinguish each recipient’s commitment and innovation to the interpretation of history, as well as their leadership for the future of state and local history.” The Leadership in History Awards program was initiated in 1945 to establish and encourage standards of excellence in the collection, preservation and interpretation of state and local history throughout America.

Leadership in History Awards include, among others, the Award of Merit which is presented for excellence in history programs, projects and people when compared with similar activities nationwide; and the History in Progress Award which is presented to 5% or less of the total winners of the Award of Merit for projects that are highly inspirational; exhibit exceptional scholarship; and/or are exceedingly entrepreneurial in terms of funding, partnerships or collaborations, creative problem-solving or unusual project design, and inclusiveness.

Following is information on the two Delaware-Division-of-Historical-and-Cultural-Affairs-affiliated projects that were honored with Leadership in History Awards in 2014:

“The DeBraak and Its Atlantic World”
A recipient of the Award of Merit, “The DeBraak and Its Atlantic World” shines a spotlight on His Majesty’s Sloop of War DeBraak, a British warship that was escorting and protecting a convoy of British and American merchant ships en route to the United States when it was capsized and lost off the Delaware coast on May 25, 1798. The surviving section of the ship’s hull and its associated artifact collection have been curated by the division since they were acquired by the state of Delaware in 1992.

Held on Mondays from late spring through early fall, program activities begin at the Zwaanendael Museum, located at 102 Kings Highway in Lewes, Del., where a lecture and video on the ship are presented in conjunction with the exhibit “A Seaborne Citizenry: The DeBraak and Its Atlantic World.” The exhibit tells the story of the vessel, its crew and the historical context within which it operated in the late 18th century. Visitors are then transported, via van, to the DeBraak hull facility in nearby Cape Henlopen State Park for an interpreter-led tour of the surviving section of the ship’s hull. Remaining programs during 2014 will be held at 10 a.m. and 1 p.m. on July 7, 14, 21 and 28; Aug. 4, 11, 18 and 25; and Sept. 8, 15, 22 and 29. For tickets and additional information, go to the Shop Delaware website or call 302-645-1148.

On-display from Sept. 27, 2013 to June 14, 2014 at the Delaware History Museum, a unit of the Delaware Historical Society located at 504 N. Market St. in Wilmington, Del., the exhibit was created through a partnership between the society’s curatorial staff, which researched and wrote the exhibit narrative and organized loans of exhibited objects; and the Delaware Division of Historical and Cultural Affairs’ Collections, Affiliates, Research and Exhibits (CARE) Team which designed, fabricated and installed the exhibit. Go to the following to view the exhibit online.