Fifty years ago today, the Delaware coast found itself caught in the peak of what would be ranked among the 10 worst storms of the 20th century. It was the second day of a lingering northeaster that displaced dunes and dwellings across the Mid-Atlantic Coast. Rehoboth Beach saw off-shore waves more than 40 feet high (the length of a school bus).

Less than a week ago, communities in southern states and the Ohio Valley were struck by storms of a different kind but of comparable historical magnitudes. Buildings, roads, families, and communities were recklessly torn apart, but it serves as a sobering reminder of how far we’ve come in 50 years.

I moved to Delaware by way of Georgia. My father lives 4 miles away from what’s left of the Paulding County Regional Airport, which received significant airtime among the disaster footage in the aftermath of the tornado outbreak. If not for text messages, Facebook, and arms-length access to both by Smartphone, I would have been a nervous wreck.

This brought me (and brings us) back to considering the Ash Wednesday Storm of 1962 and a remark that Dawn Mitchell (of Delaware Public Archives Blog, Facebook, and Twitter fame) made while showing me the historical aftermath footage they had recently digitized and uploaded: “…just imagine what that was like without cell phones…”

Some readers may have personally witnessed and lived through that crisis. I hope you feel compelled to share your thoughts and experiences by commenting below.

Many may not have been here (geographically or existentially) for the Storm of ‘62. I encourage you to watch these videos and embrace their silence as an opportunity for some Zen-like reflection. 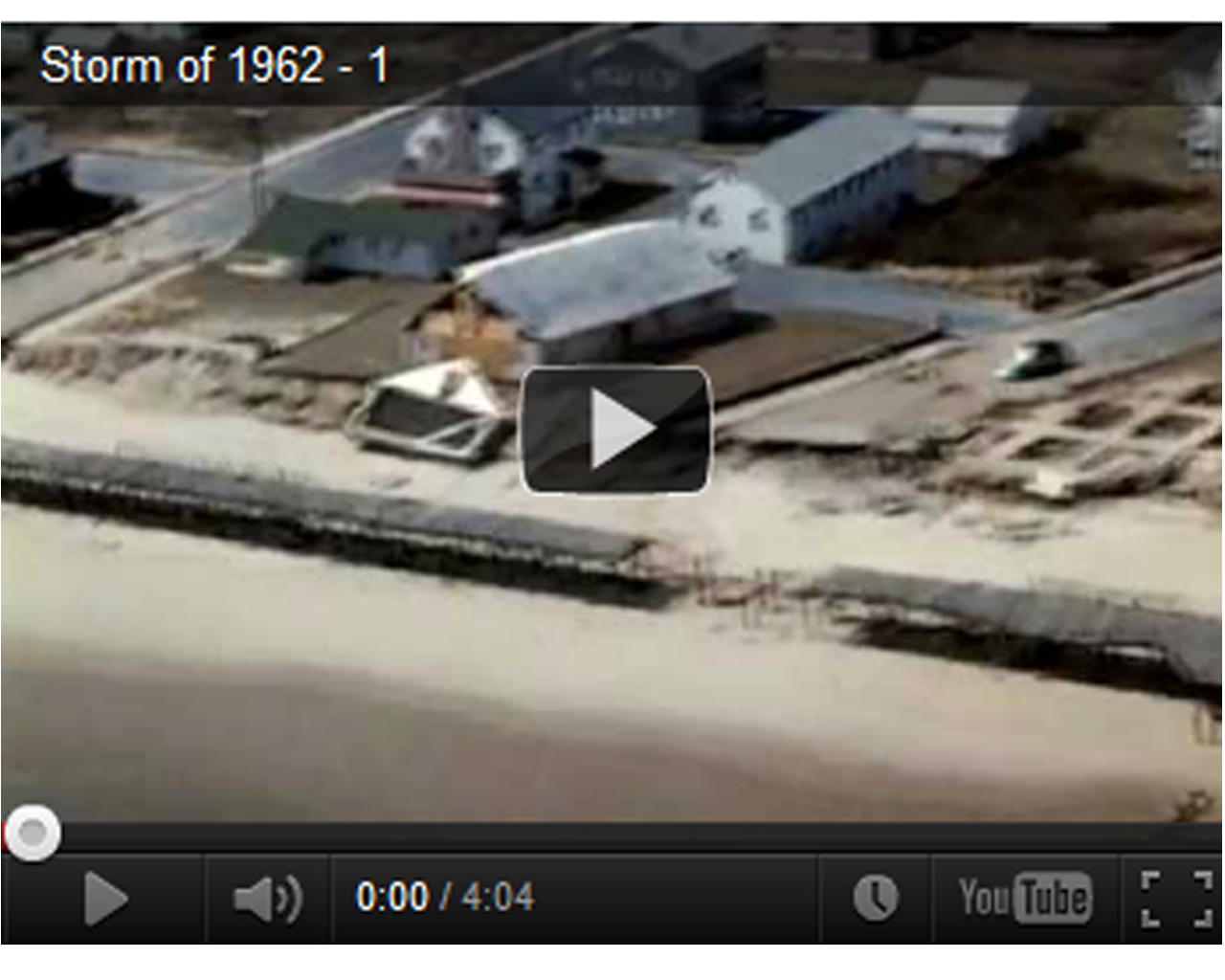 What would it have been like to be caught in that disaster? In its aftermath? How and when would you have been able to let people know that you were safe or that you needed help?

What if you were hundreds of miles away, but had friends or family in the disaster? How and when would you be able to confirm their safety?

If you have time today, the Delaware Sea Grant College Program is sponsoring activities and special programming at the Rehoboth Beach Convention Center. They also provide a nice informational brochure about the storm.

Delaware Public Archives has put together a great online exhibit and started a Facebook photo album about the storm:

Local news outlets have also made a point of marking this anniversary. Here are a few articles that you can find online:

Storm of 62 Felt for Years After Devastation