Tours and other interpretive programs take place throughout normal operating hours. Large groups that are interested in a tour must make reservations in advance by calling the museum at 302-645-1148. 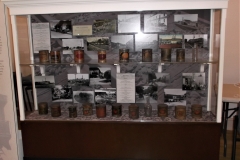 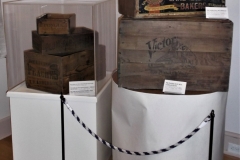 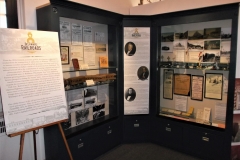 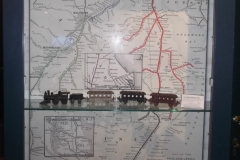 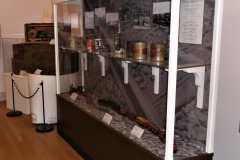 This exhibit utilizes photographs; and posters, tickets, timetables, maps and historical objects from the collections of the State of Delaware to tell the history of rail travel and transport in the First State. In particular, the exhibit explores four railroads that were historically important in Delaware: The New Castle and Frenchtown Railroad (1832), the Delaware Railroad (1852), the Junction and Breakwater Railroad (1857) and the Queen Anne’s Railroad (1896).

A Seaborne Citizenry: The DeBraak and Its Atlantic World 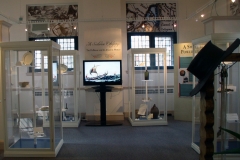 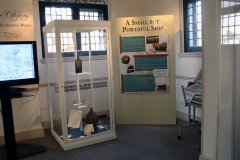 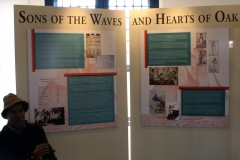 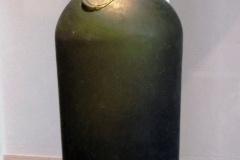 “A Seaborne Citizenry: The DeBraak and Its Atlantic World” explores His Majesty’s Sloop of War DeBraak, a British warship that was escorting and protecting a convoy of British and American merchant ships en route to the United States when it was capsized and lost off the Delaware coast on May 25, 1798.

The remaining section of the ship’s hull and associated artifact collection have been curated by the Delaware Division of Historical and Cultural Affairs since they were acquired by state of Delaware in 1992.

The only ship of its type that has been recovered anywhere in the world, the DeBraak represents a significant source of historical information on Royal Navy sloops of war. Well armed, fast and agile, these vessels were seeing expanded service during the French Revolutionary Wars (1793-1801). The exhibit tells the story of the vessel, its place within the Royal Navy and the broader historical context within which it operated in the Atlantic World of the late 18th century.

Exhibited artifacts shed light on shipboard life and the material culture of the DeBraak’s officers and crew. Hull materials illustrate the many technological advances that were taking place in shipbuilding in the late 18th century. Lectures and tours of the hull’s remaining section are offered on Wednesdays and Thursdays from June through September. 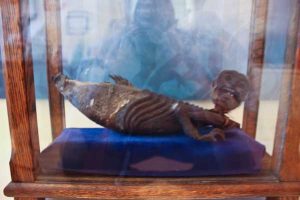 The Zwaanendael Merman is an example of folk- or sailor’s-art. Division of Historical and Cultural Affairs’ museum curators believe that it was made in China in the mid-19th century, and is comprised of fish, hair, ivory, a shrunken monkey head, oak, stain, varnish, glass, and dye.

Creations such as the Zwaanendael Merman were conceived as pranks or side show curiosities at a time when sea captains were returning from the newly opened ports of East Asia with tall tales of exotic, never-before-seen creatures, and at a time when people were trying to learn more about the science behind human origins. Other names for creatures of this sort are “Fiji Merman,” “Devil Fish,” and “Jenny Hanivers.”

The object that later became known as the Zwaanendael Merman belonged to the Martin family of Lewes for nearly a century after being presented to a family member by an old sea captain. Mrs. Martin’s possessions were put up for auction after her death but a nephew set aside the Merman for display at the Zwaanendael Museum beginning in 1941. After the nephew’s death, the Merman was almost sold off as part of an estate sale. Citizens of Lewes and members of the Lewes Historical Society responded to the threat by collecting donations which were used to purchase the Merman for $250. He was then presented as a gift to the Zwaanendael Museum by the Lewes Historical Society in 1985.