NOTE: Due to anticipated heavy wind and rainfall, all Chautauqua activities have been moved to new indoor locations.

The importance of railroads to America’s economy and way of life, and their impact on Delaware, will be explored during the 20th annual Chautauqua, “All Aboard: Delaware and the Railroad,” that will take place from Sept. 13 to 15, 2018 in Lewes, Del.

With one exception, all programs will take place at the Margaret H. Rollins Community Center located at 101 Adams Ave. Note: Due to a scheduling conflict, the program “Model Railroading Today,” presented by John Hodges, president of the Delaware Seaside Model Railroad Club, will take place from 2:15 to 3 p.m. at the Lewes Public Library, 111 Adams Ave. Admission for all programs is free and open to the public. Go here for a complete listing of activities. For additional information, call 302-645-1148.

A unique mixture of education and entertainment, Lewes’ Chautauqua will feature a model-railroad display, lectures, music, films and an old-time radio show, capped off by re-enactors from the American Historical Theatre who will take on the personas of celebrated historical figures, educating and entertaining audiences as they bring the past to life. Audience members are encouraged to ask questions and interact with the featured characters who will include a Harvey Girl, one of the thousands of young women who were recruited to work as waitresses in Fred Harvey’s chain of restaurants located along railroad lines in the American West during the late-19th to the mid-20th century; Joshua Lionel Cowen, the founder of the Lionel Corporation which manufactured toy trains; and American author Mark Twain who will share his humorous thoughts on railroads.

Chautauqua takes its name from a series of adult education programs that were first held at a campsite on the shores of Lake Chautauqua in upstate New York during the late 19th century. Chautauquas spread throughout America in the late 19th and early 20th centuries bringing speakers, teachers, musicians, entertainers, preachers and specialists of the day to a wide cross-section of the nation’s rural and small-town population. Circuit Chautauquas (also known as Tent Chautauquas) were an itinerant manifestation of the movement. Programs would be presented in tents pitched in a field near town. After several days, the Chautauqua would fold its tents and move on to the next community. The popularity of Chautauquas peaked in the mid-1920s, after which radio, movies and automobiles brought about the gradual disappearance of the movement by the 1940s.

“All Aboard: Delaware and the Railroad” is co-sponsored by the Zwaanendael Museum, the Lewes Historical Society and the Lewes Chamber of Commerce, and is partially funded by a grant from the Delaware Humanities Forum, a state program of the National Endowment for the Humanities.

The Zwaanendael Museum was built in 1931 to commemorate the 300th anniversary of the state’s first European colony, Swanendael, established by the Dutch along Hoorn Kill (present-day Lewes-Rehoboth Canal) in 1631. Designed by E. William Martin (architect of Legislative Hall and the Hall of Records in Dover), the museum is modeled after the town hall in Hoorn, the Netherlands, and features a stepped facade gable with carved stonework and decorated shutters. The museum’s exhibits and presentations provide a showcase for Lewes-area maritime, military and social history. The museum is administered by the Delaware Division of Historical and Cultural Affairs, an agency of the State of Delaware.

The Lewes Historical Society is committed to promoting the preservation, interpretation and cultural enrichment of Lewes, Del.—one of America’s most historic towns. As part of its mission, the society operates the Lewes History Museum and maintains several beautifully restored historic properties dating from 1665 to 1898. Open for public visitation, these sites, in conjunction with the society’s educational programs and special events, help to tell Lewes’ story of maritime adventure, architectural elegance and over 375 years of colonial charm. 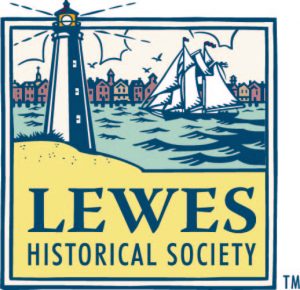