Join us for this FREE virtual event: The 22nd Annual Chautauqua More Info

On Dec. 14, 2017, members of the Johnson family, museum employees and friends gathered to celebrate the 50th anniversary of the opening of the Johnson Victrola Museum which highlights the life and achievements of Dover’s native son, Eldridge Reeves Johnson, founder of The Victor Talking Machine Company. Located at 375 S. New St. in Dover, Del., the museum showcases a wide variety of talking machines, trademarks, recordings, objects, paintings and advertisements to tell the story of Johnson’s life, his company and the development of the sound-recording industry. Constructed by the State of Delaware with an endowment provided by the Johnson family, it opened to the public on Dec. 14, 1967.

Beginning in July 2017 and continuing until its culmination on Dec. 14, 2017, the museum’s anniversary celebration featured a series of programs and activities organized according to the following themes: Inventors and engineers who helped create the sound-recording industry; Nipper, the dog who adorns the Victor trademark, “His Masters Voice”; music recorded by Victor in support of the Allied effort in World War I; and Victor’s influential recordings in the genres of classical, country, jazz and operatic music. 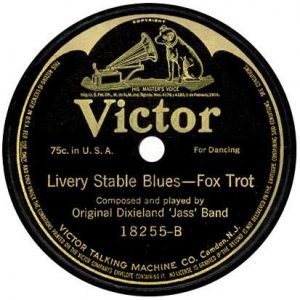 Friday, July 14, 2017
“A Jazz Tale.” Lecture, “Duke Ellington and Rosedale Beach,” explored the history of the popular waterfront resort run by, and for, people of color which featured internationally renowned performers; and lecture “Fats Waller” explored the life and achievements of the noted jazz musician.

Saturday, July 15, 2017
“A Jazz Tale.” Lecture, “All That Jazz,” explored the origins of jazz music, its early pioneers and the contributions made to the art form by Victor Records; and a musical ensemble from DonDel Enterprises presented “All That Jazz: From the Beginning” featuring songs and dances from the early days of the art form.

Sunday, July 16, 2017
“The Golden Age of Jazz.” Screening of the following jazz-themed films: Episode nine, “The Adventure,” from Ken Burns’ documentary “Jazz”; “What Happened, Miss Simone?” about singer Nina Simone; episode 10, “A Masterpiece at Midnight,” from Burns’ “Jazz”; and “Miles Ahead” about trumpeter Miles Davis. Screenings took place at the Dover Public Library.

Saturdays, Aug. 5 and 19, 2017
“An Inventor’s Tale.” Guided tours, entitled “From Tinfoil to the 78,” explored the origins of recorded music from the earliest tinfoil phonographs of Thomas Edison to the Victrola of Eldridge Reeves Johnson’s Victor Talking Machine Company while discovering the brilliant inventors and engineers who took recorded music from a novelty to a daily part of life.

Saturday, Sept. 2, and Monday, Sept.4, 2017
“A Dog’s Tale.” Guided tours, entitled “Man’s Best Friend,” explored one of the most celebrated canines in the world—Nipper, the dog who adorns the Victor trademark, “His Masters Voice.”

Saturdays, Sept. 16, 23 and 30; Monday, Oct. 9; and Friday, Nov. 24, 2017
“Johnson Victrola Museum’s 50th Anniversary Celebration.” Guided tours explored the museum and its collections during the golden anniversary of its creation in 1967, accompanied by 78-rpm records played on authentic Victor Talking Machines.

Saturday, Oct. 7, 2017
“A Diva’s Tale.” Program, “From Prima Donnas to Divas: A Victor Creation,” examined the talented female vocalists of the Victor Talking Machine Company and how they paved the way for the divas of today.

Saturday, Nov. 11, 2017
“A Soldier’s Tale.” Guided tours, entitled “The Victors of World War I: The Power of Music,” examined music’s influence during World War I when patriotic songs were being composed throughout America.

Thursday, Dec. 14, 2017
“50th Anniversary Celebration.” Activities included music, merriment and refreshments on the 50th anniversary of the museum which opened to the public on Dec. 14, 1967.

Administered by the Delaware Division of Historical and Cultural Affairs, the Johnson Victrola Museum is accredited by the American Alliance of Museums, the highest recognition afforded to museums in the United States. A schedule of activities for the museum’s 50th Anniversary Celebration is included below. All programs are free and open to the public.